Salman Khan is among the top actors in Bollywood today. Here’s whose chemistry with Salman Khan out of Sonakshi Sinha and Lara Dutta impressed fans more. Read.

Salman Khan is among the top actors in Bollywood today. The actor is known best for the Dabangg roles that he plays. Salman is always appreciated for the excellent acting skills. Salman Khan made his acting debut in the 1989 romantic drama movie Maine Pyar Kiya. The star has appeared in more than 70 films as a lead since then and has worked with many great actors. Here’s whose chemistry with Salman Khan out of Sonakshi Sinha and Lara Dutta impressed fans more. Read ahead to know more-

In 2010, Sonakshi Sinha made her Bollywood debut alongside Salman Khan in Abhinav Kashyap’s Dabangg. The movie cast Sonu Sood as the antagonist. The plot of the film revolves around a corrupt police officer who faces challenges from his family, gangsters and politicians. Fans loved to see Sonakshi Sinha in the character of Rajjo, as Chulbul Pandey’s (Salman Khan) wife. The movie went ahead to do very well at the box-office and reportedly entered the â‚¹200 crores club, worldwide. In 2012, the two again appeared together in Arbaaz Khan’s Dabangg 2, which was in continuation of the previous one. In this movie, Prakash Raj played the antagonist. The plot of the movie revolves around Chulbul Pandey who invites a fresh trouble when he kills the brother of a notorious politician and the former swears to wreak havoc in his life.

In 2019, Salman Khan and Sonakshi Sinha last appeared together on the big screen in the third part of Dabangg, with the Prabhu Deva directorial, Dabangg 3. The movie cast South star Sudeep as the antagonist. The plot of the film revolves around Chulbul Pandey who encounters an enemy from his past and his origin story as the fearless cop unfolds. Salman Khan and Sonakshi Sinha are the most important essence of the Dabangg series. Even after spending a decade in the Bollywood industry, Sonakshi Sinha is still most commonly known for her character of Rajjo. 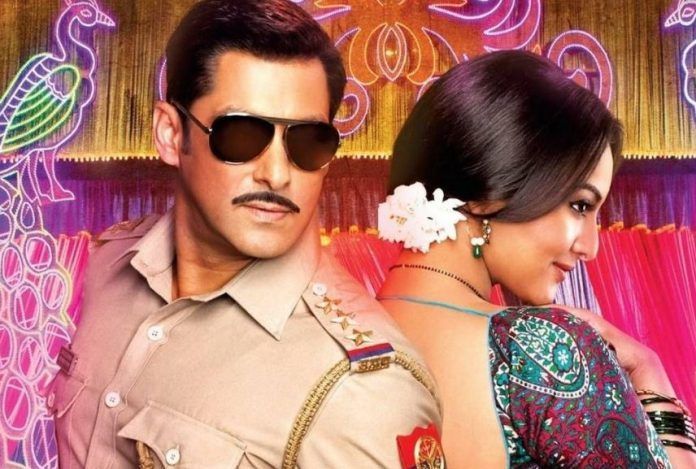 On the other hand, Salman Khan and Lara Dutta have appeared in David Dhawan’s Partner (2007) together. The movie also cast Govinda and Katrina Kaif as lead characters. The plot of the film revolves around a 'Love Guru' who assists other males, woos a widowed single mother himself, but becomes embroiled in controversies. Fans loved their chemistry together and the movie reportedly entered the â‚¹100 crores club, worldwide. 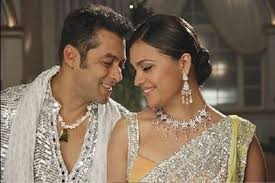 LATEST NEWS
View all
14 hours ago
'Shanoo Sharma charged me for a meeting', claims Payal Rohatgi, questions 'B'wood mafia'
1 hour ago
China's stooge reveals love for Bollywood, makes u-turn after jibe at India's industry
13 hours ago
Sanjana Sanghi recalls script-reading with Sushant, reveals his gift tucked in her drawer
14 hours ago
'Shame on you': Kangana to Taapsee over nepotism debate, latter talks about 'bitterness'
18 hours ago
Sara Ali Khan-Amrita Singh 'twinning' & 'winning', not just with their outfits but more