Sara Ali Khan never ceases to amaze. Recently an adorable picture made the rounds on the internet of Sara with child actor Mannat and it too cute to miss!

Sara Ali Khan is in the middle of preparation for her upcoming film Atrangi Re. The film also stars south star Dhanush and Akshay Kumar. The Love Aaj Kal actor might be away from the paparazzi eye for these past few days, but her latest picture was enough to catch all the attention. Sara Ali Khan’s picture with child actor Mannat Mishra won many hearts around the internet.

In the picture, Sara Ali Khan dressed in a casual grey Anarkali and red dupatta is holding Mannat in her arms. The actor is comfortably sitting on the faux grass stairs. Mannat Mishra as well looks happy as she is hugging Sara Ali Khan back. 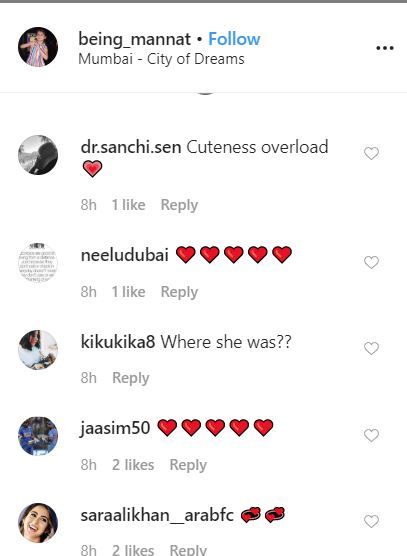 The picture was shared by Mannat Mishra’s representative on her Instagram account. They tagged Sara Ali Khan in the picture and expressed Mannat’s affection for Sara in hashtags.

The picture was captioned as: “#AtrangiRe #movie #2021 @bollywood #Thankyou🙏 #loving🥰#humbe🥰#cute @saraalikhan95 Di #loveyousoooomuch for your #affection.” The picture received many lovely comments. Some called Mannat Mishra lucky to meet Sara at such a young age.

The picture was clicked on the sets of Atrangi Re which is an upcoming film. According to reports, the film is a rom-com, starring Sara, Dhanush and Akshay written by Himanshu Sharma. Atrangi Re is helmed by director Aanand L Rai and is slated to release early February 2021.