Sara Ali Khan and Kartik Aaryan arrived on a motorcycle at the special screening of 'Love Aaj Kal'. Check out the pictures from the star-studded night. Read on.

Bollywood actor Sara Ali Khan and Kartik Aaryan starrer Love Aaj Kal released today. Prior to the release, the makers of the film had hosted a special screening last night. The screening of Love Aaj Kal was a star-studded affair as some of the biggest names in the Bollywood industry attended the event. 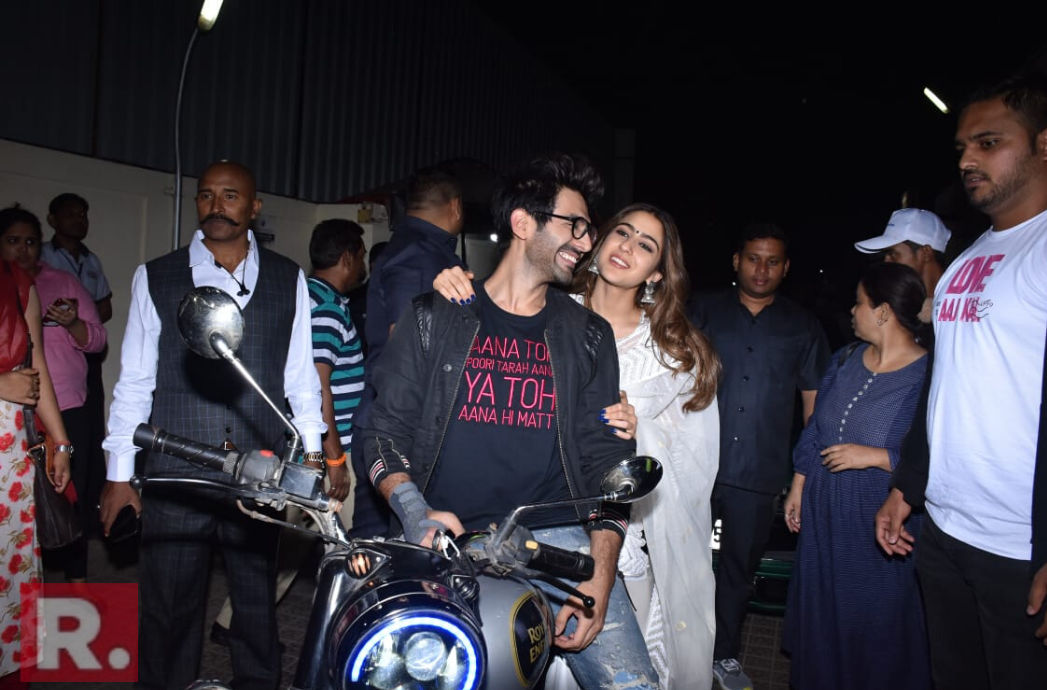 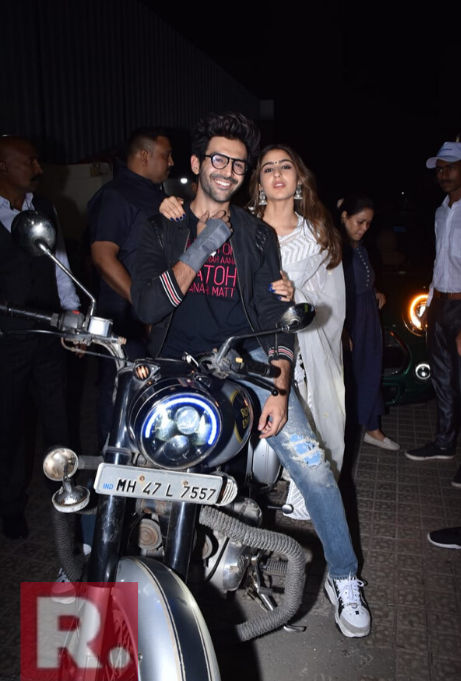 Love Aaj Kal stars Kartik Aaryan and Sara Ali Khan made a grand entrance as they both arrived on a classic 350 Royal Enfield. Kartik Aaryan rode the motorcycle and looked handsome in a black tee shirt and a pair of blue ripped jeans. He wore a black coloured jacket over the shirt and wore a pair of white coloured kicks. He completed the look with a pair of thick-framed glasses. 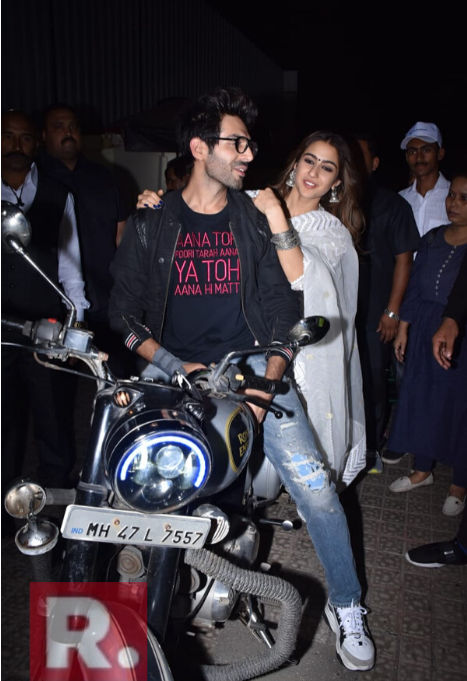 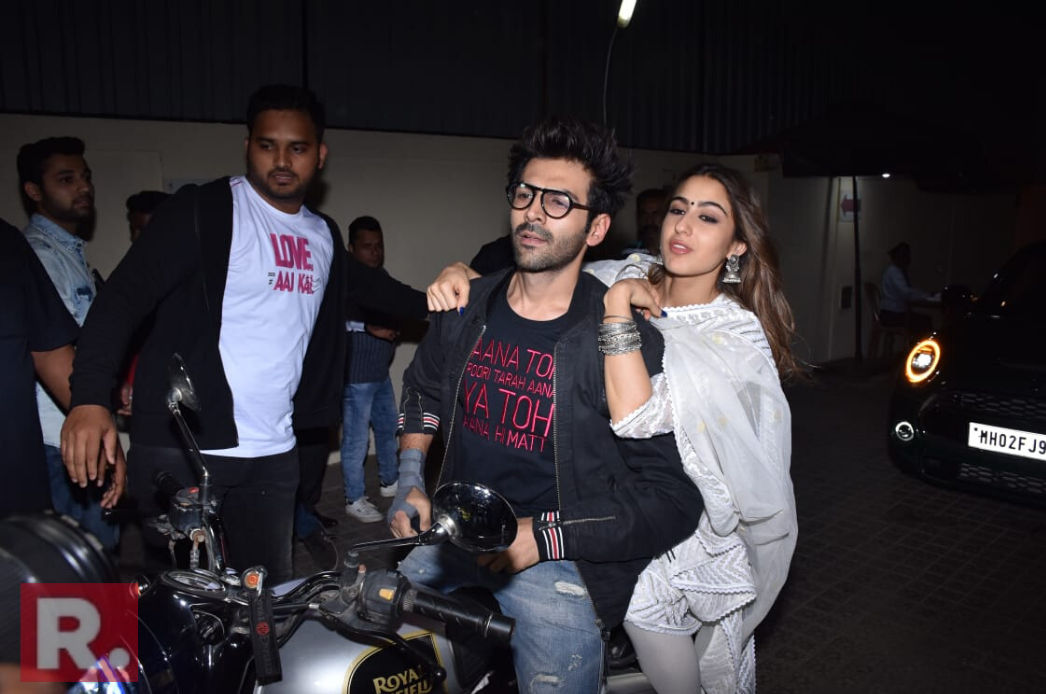 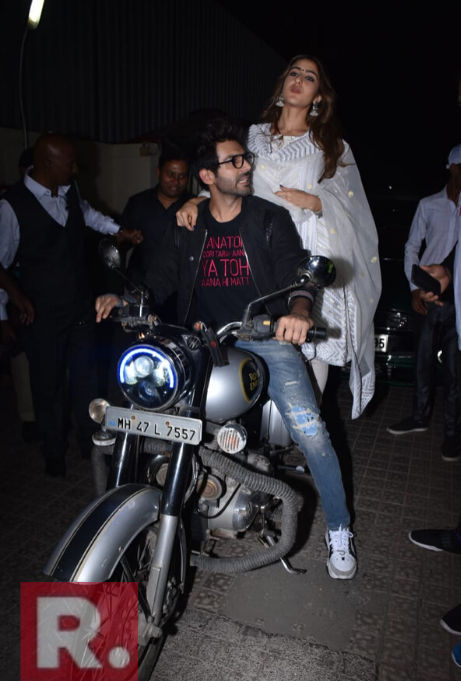 Sara Ali Khan looked breathtaking as she wore traditional white attire. The white coloured dress was heavily sequinned and looked mesmerising on her. She left her hair open and complemented the attire with a pair of silver traditional earrings. The duo looked in a perfect contrast as they wore back and whit to the screening.

ALSO READ: Sara Ali Khan Lifted Kartik Aaryan In Her Arms And THIS Is How The Audience Reacted

Apart from Kartik Aaryan and Sara Ali Khan, Randeep Hooda, who will also be seen essaying a role in the movie- Love Aaj Kal was also spotted at the screening. Other actors who were present were Kriti Kharbanda, Urvashi Rautela, Zarine Khan etc.

At the film's trailer launch, Kartik Aryan said that he will watch his next release Love Aaj Kal with Sara Ali Khan on Valentine's Day. Ever since the two young actors came together for the Imtiaz Ali film, rumours that they are dating have been rife. He said that Sara and he will go out to watch a movie as it will be a 'date night'. Revealing his V-Day plans with Sara, Kartik said that on February 14 or 13, they will go out together and watch the film.

ALSO READ: Sara Ali Khan Gives Tips To Remember While On A Date Ahead Of Valentine's Day