Sara Ali Khan made her debut with the movie 'Kedarnath' & has won several awards for the same. Here are some of her pictures as she shows off her awards.

Winning the Best Debutant award for the same, it seems that the actor is now unstoppable. Here are some of Sara Ali Khan's pictures as she poses and shows off her awards. 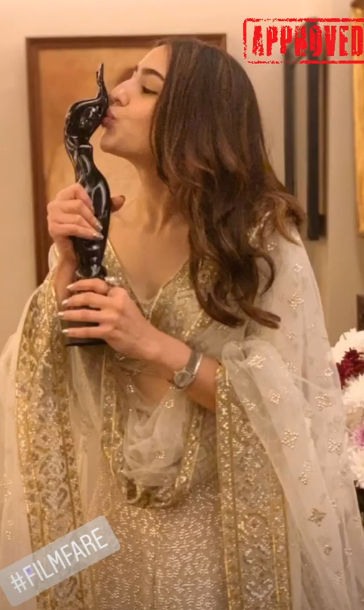 Sara Ali Khan won the Filmfare awards-Best Debutant for her movie Kedarnath in 2019. She was seen playing the role of a Hindu Brahmin girl in the movie opposite actor Sushant Singh Rajput. 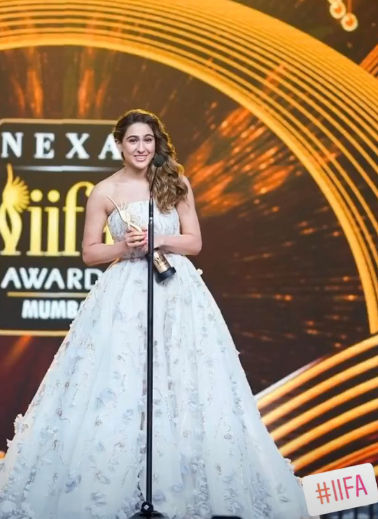 In the same year 2019, Sara Ali Khan won the IIFA Awards for the Star Debutant of the Year- Female for her film Kedarnath.

Sara Ali Khan won the Star Screen Awards - Best Debutant for her film Kedarnath. She thanked her entire team and the people who believed years she posed with her award. Sara Ali Khan also posted a picture on her Instagram as she posed with an award she won for her role as Shagun, in the movie Simmba. Sara Ali Khan wrote that Rohit Shetty offered her a role in his film without watching Kedarnath. She thanked her cast for always motivating her and encouraging her to keep going in fulfilling her dream.

Also Read: Khushi Kapoor Seems To Have “glown Up” Gracefully Over The Years, Watch Video

On the work front, Sara Ali Khan featured in Imtiaz Ali's sequel film Love Aaj Kal 2 along with actor Kartik Aaryan. The actor is now prepping up for her next release opposite Varun Dhawan. She will be seen in David Dhawan's Coolie No. 1 which is a remake of the original film released in 1995.

PEOPLE HAVE PLEDGED SO FAR
LATEST NEWS
View all
8 hours ago
A little girl asks Sonu Sood, 'Papa is asking, will you send Mumma to Nani house?'
13 hours ago
Amitabh Bachchan reflects on lockdown, says 'it has taught more than my life of 78 years'
13 hours ago
Sutapa Sikdar puts up heartfelt note mourning one month of Irrfan Khan's sad demise
13 hours ago
Varun Dhawan celebrates niece Niyara Dhawan’s birthday amid lockdown
11 hours ago
Tapsee Pannu mourns grandmother's death with heartfelt post, says she 'will stay forever'