Sara Ali Khan who seems to have had a blast with her family in the Maldives is finally back in the bay. The actress will next be seen in 'Coolie No.1'.

Sara Ali Khan who seems to have had a blast with her family in the Maldives is finally back in the bay. In a series of pictures, the actress can be seen being her ever-smiling, cheerful self as she exits the Mumbai International Airport donning a bright-orange shirt along with denim shorts. Accompanying her, are Ibrahim Ali Khan and Amrita Singh. Take a look at the pictures below-

READ: Sara Ali Khan Turns Into A ‘jalpari’ During Her Vacation In Maldives 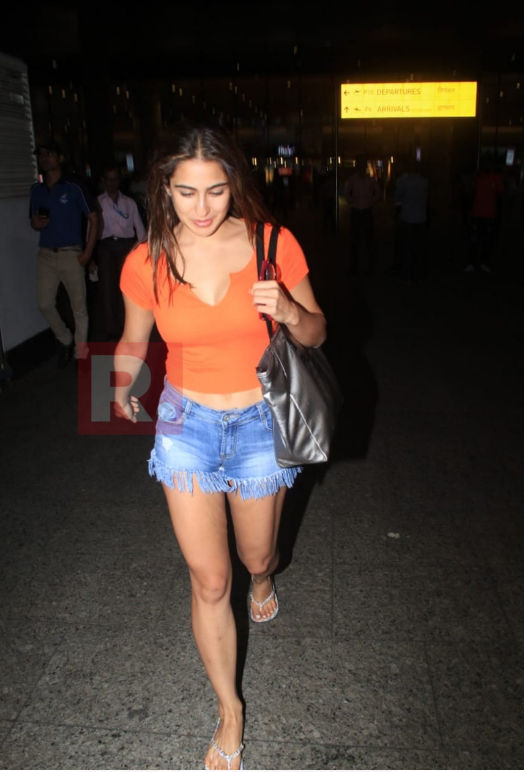 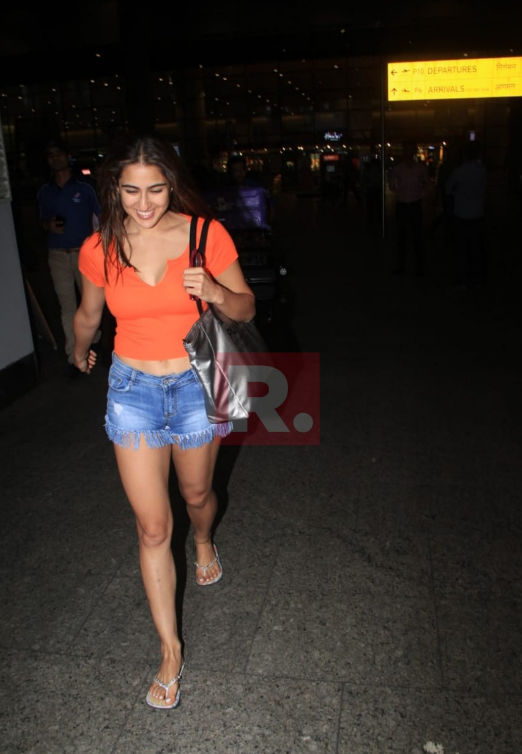 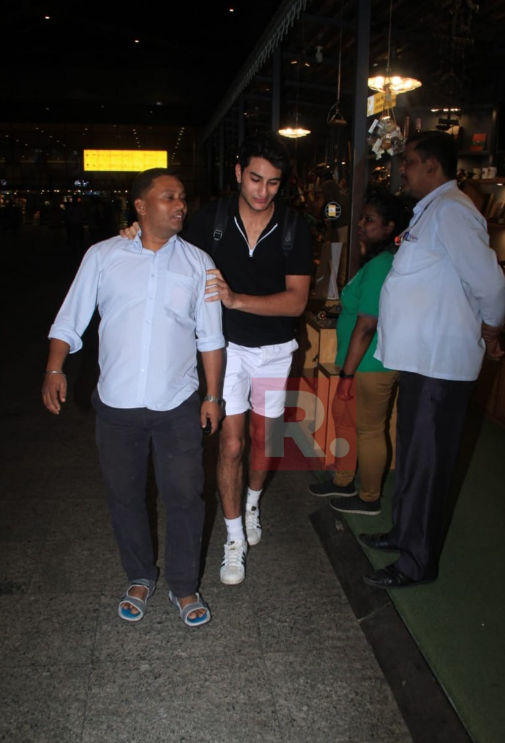 Sara Ali Khan dished out major vacation goals this past week as she shared pictures and videos of her trip on Instagram. In one of the pictures that she shared, Sara is seen chilling alongside the pool with her brother. She also shared pictures of her family having a swell time and swimming in the waters.

In another video, Sara Ali Khan can be seen wearing a white bikini as she takes a dip in the waters. One can also catch a view of her mother Amrita Singh and brother Ibrahim in the background before she jumps off. Sara Ali Khan has called herself a ‘jalpari’ in the video.

On the professional front, Sara Ali Khan will next be seen alongside Varun Dhawan in the remake of 90s film, Coolie No. 1. The actress is two films old in Bollywood, and both of them, Kedarnath alongside Sushant Singh Rajput and Simmba alongside Ranveer Singh, did amazingly well at the Box Office. The young actress also received praise from audiences and critics for her performance as a debutant.

Ibrahim Ali Khan, on the other hand, is often papped going out and about in Mumbai city, and while rumours regarding his impending Bollywood debut makes headlines every now and then, nothing has been confirmed as of now.

PEOPLE HAVE PLEDGED SO FAR
LATEST NEWS
View all
19 mins ago
Ali Fazal shares picture wearing suit and Richa Chadha cannot stop gushing
11 hours ago
Throwback Thursday: Sara Ali Khan loved to pose even as child, netizens call her 'cutest'
41 mins ago
Priyanka Chopra's films where she played a haughty character convincingly
58 mins ago
Deepika Padukone's historical dramas like 'Padmaavat', more to add to watchlist
28 mins ago
Bhumi Pednekar's outfits that can be perfect for your next brunch date; see pictures