Sara Ali Khan, at the trailer launch of Love Aaj Kal, revealed that she will go on a movie date with Kartik Aaryan on Valentine's Day. Read to know more

The highly anticipated Kartik Aaryan and Sara Ali Khan starrer Love Aaj Kal's trailer unveiled on January 17, 2020. The film has been making headlines ever since the lead actors have been cast in the film as several reports of them dating made rounds on the internet. Both Sara and Kartik were also spotted hanging out with each other frequently as they were working in Love Aaj Kal, but not so recently, there were rumours of the duo parting ways after Kartik was spotted hanging out with his Pati Patni Aur Woh co-star Ananya Pandey. But things seem to be fine between Kartik and Sara as they were all-smiles with each other at the trailer launch of Love Aaj Kal wherein Sara revealed how she will be celebrating Valentine's Day with Kartik Aaryan.

Sara Ali Khan and Kartik Aaryan to go on a movie date on Valentine's day?

Sara and Kartik, who are also referred to as ‘Sarthik’, spoke about their film, working with director Imtiaz Ali while Sara also did not shy away from spilling the beans on her plans for this year's Valentine’s Day. At the trailer launch event, Sara Ali Khan was questioned by a reporter about her plans on Valentine's day. Although, the Simmba actor tried to dodge the question at first but soon after that quipped," Love Aaj Kal nikal raha hai Valentines Day pe, aur kya karna hai? (Love Aaj Kal is releasing on Valentine’s Day, what else do we have to do?).

Soon after Sara's response, Kartik came on-board asking her whether they will be going together, to which Sara responded saying, "Aur nahi to kya? Hamari picture to hai, aur kisi ke sat jayonge? (Then what? It is our film, who else will you go along with?)” Aaryan continued pulling the reporter's leg by stating he will go on a movie date with Sara on both February 13 and 14 for the same movie, i.e. Love Aaj Kal. 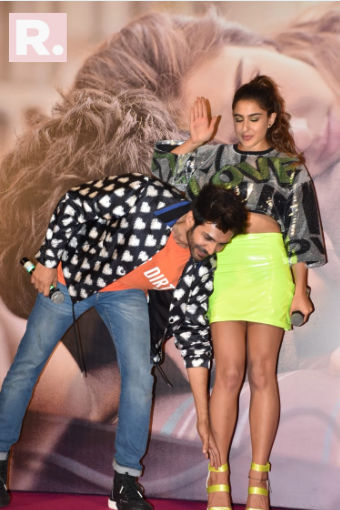 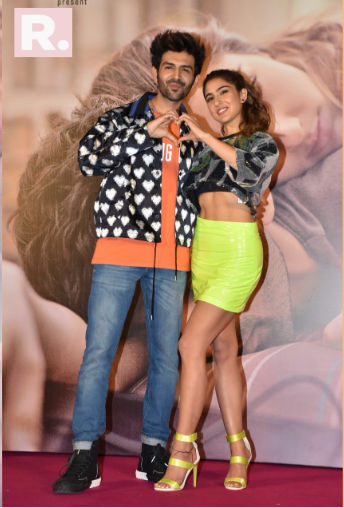