Shabana Azmi met with an accident on January 18 and was then shifted to Kokilaben Ambani hospital. MNS leader Raj Thackeray has now visited the actress.

Veteran actor Shabana Azmi met with an accident on January 18 following which she was shifted to Kokilaben Ambani hospital in Mumbai, where she was later declared 'stable' upon examination by the medical officers at MGM hospital in Panvel.

Shabana Azmi was reportedly injured as the veteran actor's car appeared to have sustained significant damage, after ramming into a truck from behind on the Mumbai-Pune Expressway at the Khalapur toll plaza. According to the reports, Javed Akhtar was also present in the car at the time but he was fortunately unhurt.

While Bollywood stars rushed to visit Shabana at the hospital, Raj Thackeray, the Chairperson of the Maharashtra Navnirman Sena (MNS) also visited the hospital in order to inquire about the veteran actress's health.

As per reports, Shabana Azmi and her husband Javed Akhtar were travelling together, while their car rammed into a truck from behind on the highway on the Mumbai-Pune lane around 4.15 pm. The 69-year-old actor is reportedly still undergoing some tests and treatments for quicker recovery. Prime Minister Narendra Modi has also issued a statement on the unfortunate accident suffered by Shabana Azmi.

The news of @AzmiShabana Ji’s injury in an accident is distressing. I pray for her quick recovery.

The accident took place at around 3:30 pm on Saturday, as their Tata Safari SUV rammed into a truck, suffering significant damage. Shabana Azmi was photographed with heavy bruising on her face, while the deployed airbags were also evident.

The incident took place near Khalapur, over 60 km from Mumbai, confirmed Raigad Superintendent of Police Anil Paraskar. A local police official said the car driver was apparently trying to overtake another vehicle and rammed into the truck 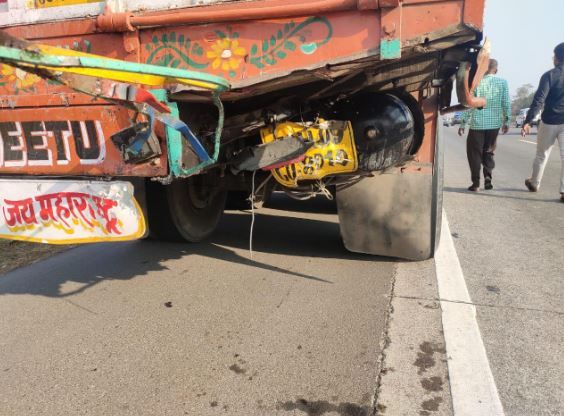