Shahid Kapoor Celebrates His 39th Birthday On The Sets Of 'Jersey' With Mira Rajput; Watch

Shahid Kapoor turns 39 today on February 25, 2020. This year Shahid celebrated his birthday on the sets of Jersey. Read to know more about it here.

Shahid Kapoor turned a year old on Tuesday, February 25, 2020. But it seems like this time, Shahid Kapoor is quite busy shooting for his upcoming sports flick Jersey during his birthday. This year, the actor is spending his special day on the sets of Jersey in Chandigarh with his team, wife Mira Rajput and father Pankaj Kapoor.

In an interview with a leading news portal earlier, Shahid Kapoor shared that Jersey is very close to his heart and means a lot to him. He also expressed that he is very happy and thankful for working on his birthday, especially on the sets of Jersey. The pictures and videos of Shahid Kapoor cutting the cake on the sets of the movie in Chandigarh is making rounds on the Internet and fans are showering their warm wishes and love for the actor on all social media platforms.

Mira Is So In Love With Shahid 😍😍♥️♥️ nd I'm loving it 😍🙌😘
She is literally trying to take glimpse of @shahidkapoor whenever she could 🙊😘
Fangirling 🙊😂😂♥️#HappyBirthdayShahidKapoor #ShahidKapoor pic.twitter.com/nyR6C7O0H3

In one of the videos shared by his fan club, Mira Rajput and Pankaj Kapoor along with his Jersey team are seen celebrating Shahid Kapoor's birthday on the sets. The birthday boy, Shahid is seen cutting the cake with sheer joy on his face. Mira Rajput and Ishaan Khatter also took to their social media handles to convey their best wishes and love to the actor on his special day. 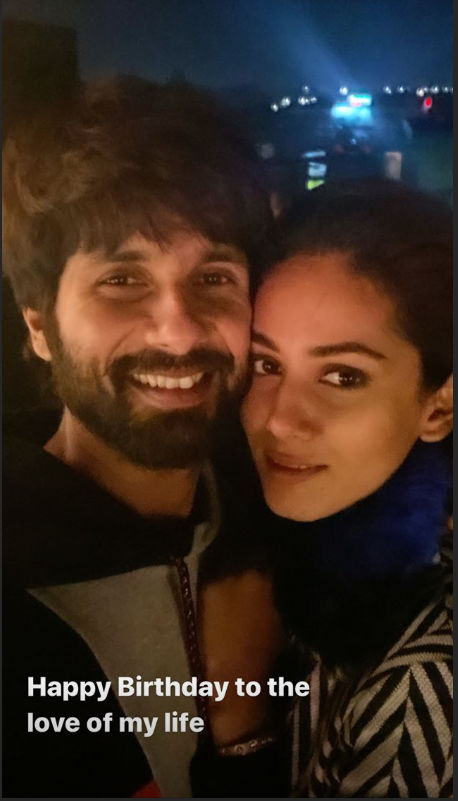 On the professional front, Shahid Kapoor will be portraying the character of a cricketer in the movie. The movie will also feature Mrunal Thakur in the lead role. Jersey is the Hindi remake of the Telugu superhit film with the same name. The movie is directed by Gowtam Tinnanuri. It is scheduled to hit silver screens on August 28, 2020.

Also Read | Shahid Kapoor To Feature In A Patriotic Film After Wrapping Up 'Jersey'?