Maheep Kapoor shared a video of her daughter Shanaya Kapoor as she performed a routine she recently learned. Take a look at how other celebrities reacted to it.

Bollywood actor Sanjay Kapoor's wife Maheep Kapoor often shares pictures of her family on her social media. The Bollywood Wives actor shared a video of her daughter Shanaya Kapoor on her Instagram. Shanaya grooves to a song by Camilla Cabello and Pharrell Williams. Take a look at Shanaya Kapoor's dance videos and the reactions from several Bollywood celebrities.

Bollywood Wives actor Maheep Kapoor shared a video of her daughter Shanaya Kapoor on her social media. Shanaya performed the song Sangria Wine, by Camilla Cabello and Pharrell Williams. The video also featured choreographer Yassh Kadam who choreographed the routine for Shanaya. Maheep wrote that she gets her dancing skills from her mother. Shanaya is seen wearing a black sports bra and black cargo pants. Take a look at Shanaya's dance video:

Several Bollywood celebrities took to her comment section to compliment Shanaya for her performance. Sunita Kapoor, Bhavana Pandey, Seema Khan, Farah Khan Ali, Maanayata Dutt and many more dropped heart emojis for Shanaya. Yassh Kadam mentioned that he completely agrees with Maheep for the caption. Take a look at the comments here: 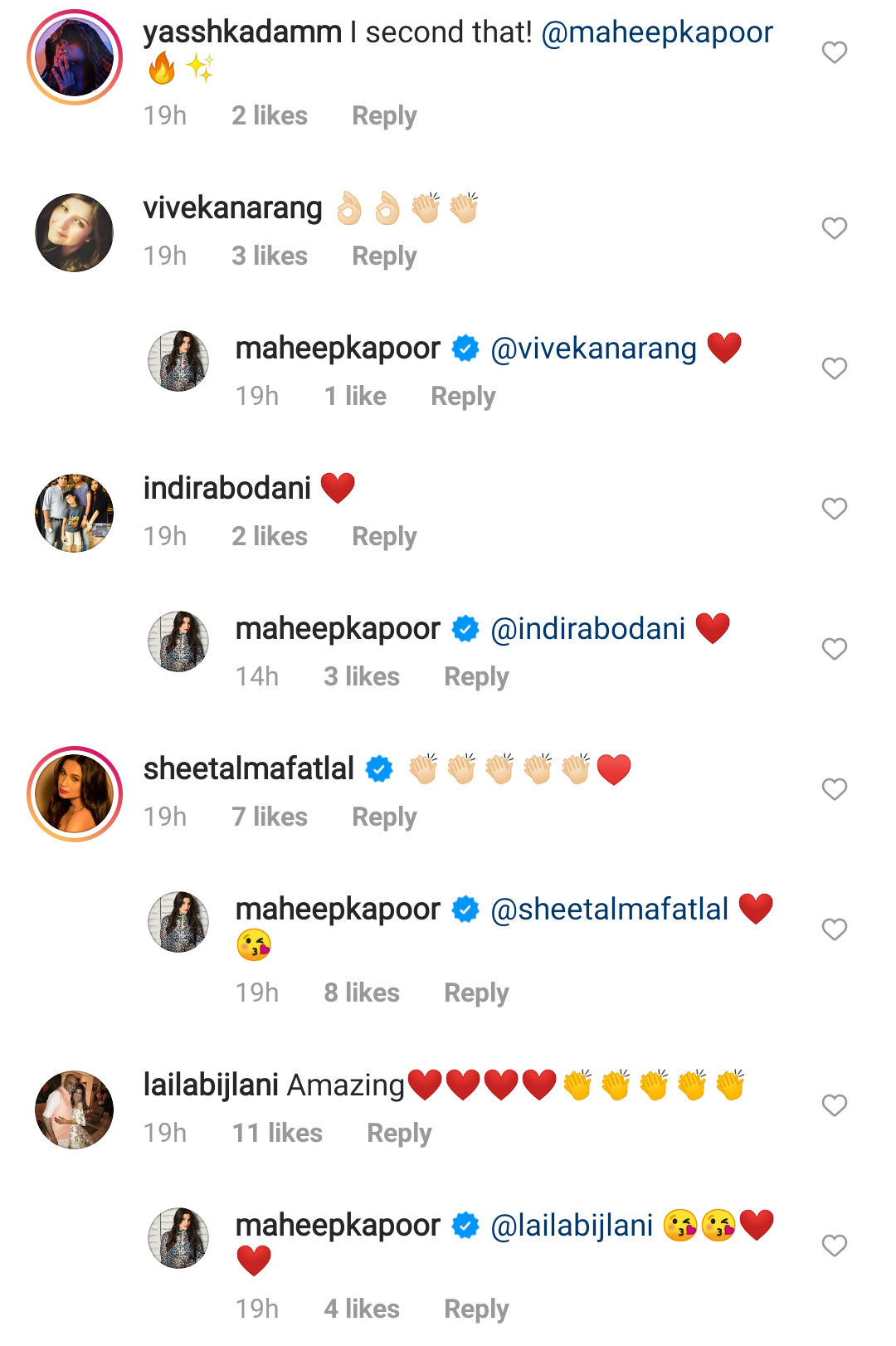 Shanaya Kapoor on the work front

Shanaya made her Bollywood debut as an assistant director for her cousin Janhvi Kapoor's film Gunjan Saxena: The Kargil Girl, which was directed by Sharan Sharma. In Netflix series Bollywood Wives, Sanjay Kapoor mentioned that Shanaya wants to become an actor. However, he added that he wanted her to first assist someone to get a better understanding of films. She appeared in the first episode of Bollywood Wives along with her mother Maheep Kapoor. Bollywood Wives featured Maheep, Bhavana, Seema and Neelam Kothari Soni. The plot revolved around how they balanced their lives as socialites and mothers.

In an interview with Vogue, Shanaya said that she was not nervous about appearing at Le Bal. She mentioned that her work as an assistant made her pretty confident in attending such events. She added that she now knows what she wants to do in her life and that has made her a better person.