Sharad Kelkar Shares Glimpse Of Laathi Practice Session, Says 'It's You Vs You'

Sharad Kelkar took to his Instagram handle and shared a Reel video featuring himself. In the video, he can be seen practising laathi fight. Take a look.

On February 18, 2021, actor Sharad Kelkar took to his official Instagram handle and shared a Reel video featuring himself. In the video, the actor can be seen practising laathi fight with two laathis in his hand. He can be seen enjoying the self-defence session as he flaunts his bright smile amid the practice session. Sharing the video, in the caption, he motivated his fans that it is ‘you’ vs ‘you’. Sharad also added Sanju’s Kar Har Maidaan Fateh song, sung by Sukhwinder Singh and Shreya Ghoshal, to the post.

Also read: The Legend Of Hanuman Voice Cast: List Of Actors And The Roles They Play

In the Reel video, Sharad can be seen sporting a black tee paired up with grey tight pants. To complete his look, he added a plain black baseball cap. As for the caption, he simply penned, “It’s You vs You!”. As soon as Sharad Kelkar's video was posted, many of his fans were quick to like the post and flooded the comments section with positivity.

Also read: What Time Does The Legend Of Hanuman Release On Disney Plus Hotstar?

Several fans complimented the actor and dropped red hearts. Maniesh Paul, too, commented, “Aweessoommeee. Hardwork man!! @sharadkelkar” with a pair of fire emojis.  A fan commented, “Great sirji… super awesome” with a clapping hands emoticon. Another one called him 'multi-talented' and dropped a heart-eyed face emoji. A user commented, “Absolutely brilliant” with several clapping hands emoji and a red heart. Another user wrote, “Excitement level” with a shining star emoji. 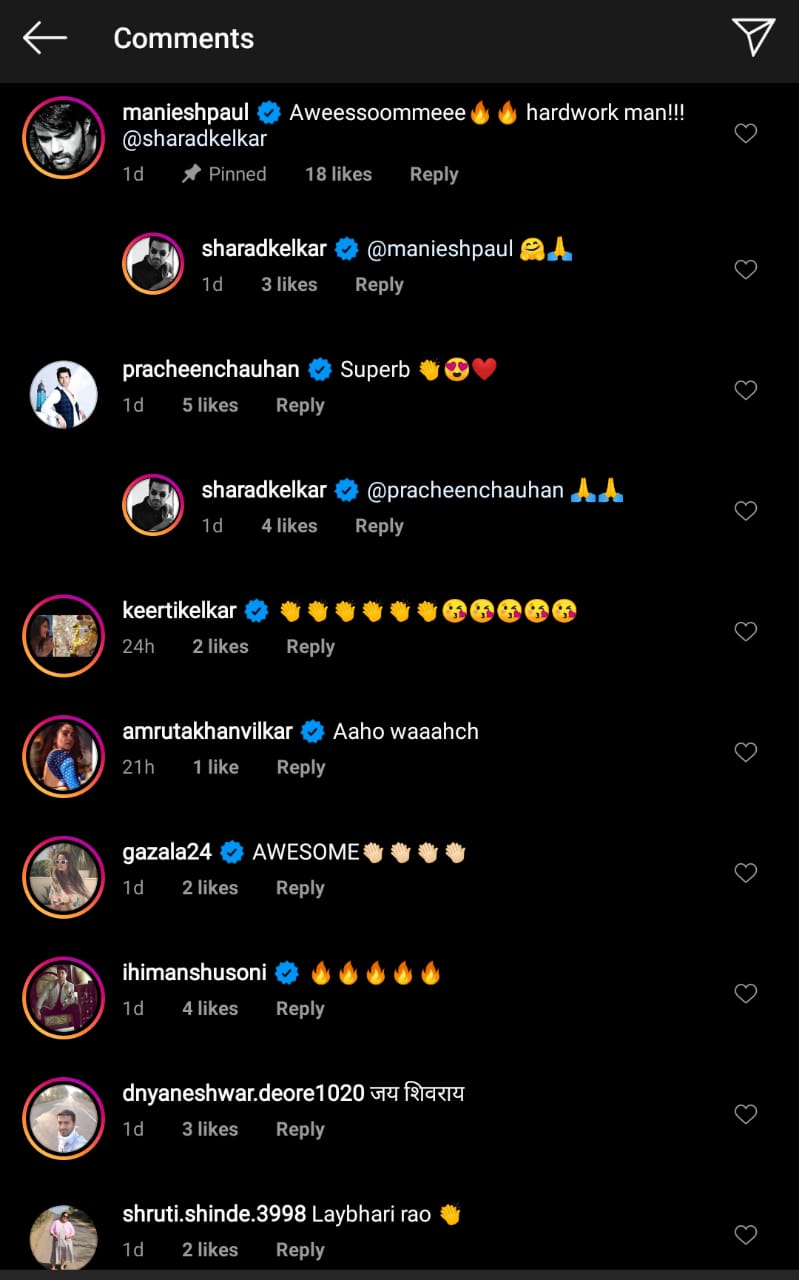 Sharad Kelkar is an active Instagram user as he often entertains his fans by frequently uploading Reel videos. In his another self-recorded Reel video, he can be seen posing with his ‘tallest friend’, Yogesh Jadhav. In the post, he added Bade Miyan Toh Bade Miyan song which is sung by Udit Narayan, Rakesh Pandit, Poonam Bhatia and Sudesh Bhosle. As part of the caption, he wrote, “Tag your tallest friend! Mine is @yogeshjadhav_official”.

Sharad Kelkar's movies are predominantly in Hindi and Marathi languages. However, he also appears in Tamil and Telugu cinema. He is popular for his roles in Goliyon Ki Rasleela: Ramleela, Baadshaho, Laxmii and many more. He will next be seen in Ayalaan, Bhuj: The Pride of India and Jersey.