Shraddha Kapoor is all set for the release of her upcoming film 'Street Dancer 3D'. Read on to know more about the dance step and fans' reaction to it.

Street Dancer 3D is all set to release this year on January 24, 2020. It features Varun Dhawan, Shraddha Kapoor, Prabhu Deva and Nora Fatehi in the lead roles. Fans of these actors are all hyped and excited to see the film in the theatres, and filmmakers are adding oil to the fire by giving the fans a glimpse of the film’s amazing dance numbers.

Read on to know more about the dance step that is being adored by the fans.

READ | 'Jamtara' Reviews: Twitteratis Give Enthusiastic Response To The Show

Shraddha Kapoor took to her official social media handle to post a dance number from her upcoming film Street Dancer 3D, and it is titled Ilegal Weapon 2.0. In the dance number, Shraddha was seen swiftly moving through Salman Yusuff Khan’s arm-loop. Fans were flooding her comment section as they were surprised after watching her dance move.

Fans are also seen appreciating the performance of Salman Khan, who made a name for himself after appearing on the dance reality show, titled Dance India Dance.

A fan by the handle name ‘trisa_azzopardi’ said, “That jump to go in between his arm and leg tho 😱😱😱WOW🔥🔥🔥.” Another fan was seen commenting, “How did you fit in there?"

A fan by the handle 'the_one_who_knocks' commented that she is really an amazing dancer, is worthy of appreciation, and is in the leagues with dancers like Remo. Here is the Instagram post by the actor, and the comments on it by the fans: 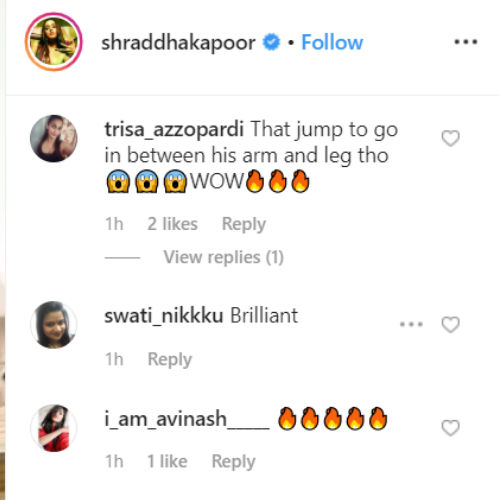 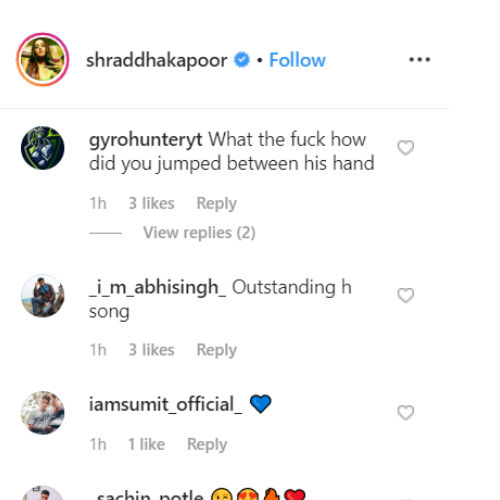 Street Dancer 3D is directed by Remo D'Souza. It is produced by Bhushan Kumar, Divya Khosla Kumar, Krishan Kumar, and Lizelle D’Souza. The film is a coming-of-age story about street dancers and their journey. Fans are highly anticipating the release of the film, which will mark the second dance film of the Kalank actor.