Shraddha Kapoor gave a ground-breaking performance in Mohit Suri's 'Ek Villain'. Take a look at some of her best scenes from the romantic thriller.

Bollywood diva Shraddha Kapoor is considered among the most bankable female actors in the entertainment industry. Last seen in Baaghi 3, Shraddha Kapoor enjoys a huge fanbase. Some of her most notable performances have been in Aashiqui 2, Ek Villain, Baaghi, Chhichhore, and Stree. Talking about Shraddha Kapoor's best films to date, we cannot fail to mention her blockbuster film Ek Villain.

Shraddha Kapoor essayed the role of a fun-loving simple girl, who finds happiness in small things in Ek Villain. This was the first time Shraddha was paired opposite Sidharth Malhotra in a movie. Riteish Deshmukh played an antagonist in the romantic thriller. Helmed by director Mohit Suri, Ek Villain one of the most commercially successful films of Shraddha Kapoor's acting career as yet. Let's take a look at some of her best moments in Ek Villain.

Ayesha confesses that she is about to die

An emotional scene performed brilliantly by Shraddha Kapoor. When Guru aka Sidharth Malhotra lashes out at Shraddha's character Ayesha for clicking a photo at someone's funeral, Shraddha tells him about her deadly disease. She reveals that behind her happy face is a sad soul, who wishes to live and enjoy life. That's when Sidharth Malhotra pledges to make her every wish come true.

Read: Shraddha Kapoor: Actors Who Made Their Bollywood Debut Opposite The 'Baaghi 3' Actor

Ayesha is in awe of Guru's violent streak

When Ayesha meets Rakesh aka Riteish Deshmukh for the first time 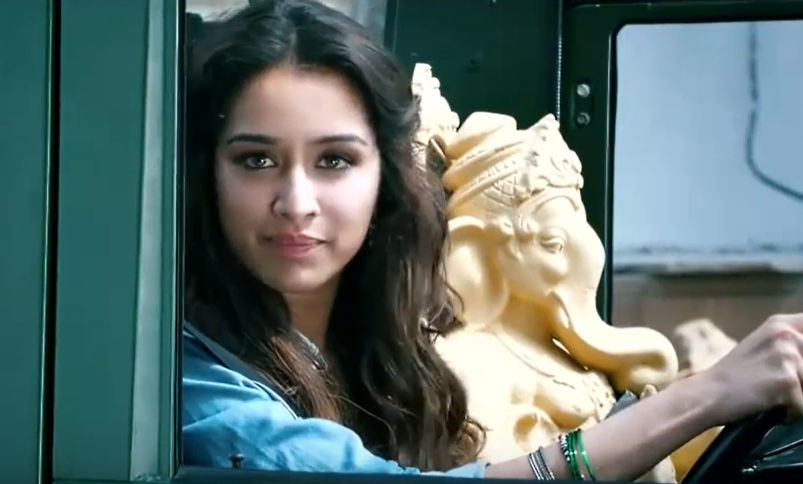 A hard-hitting scene featuring Ayesha and Ek Villain's real villain Riteish Deshmukh. A scene where Ayesha asks Rakesh Mahadkar to fix the pot-holes on the roads. But the way Ayesha questions Riteish Deshmushk's character reminds him of his wife. That's when he plans to kill Shraddha in the movie. Both the actors did this scene with utmost conviction.

Read: Riteish Deshmukh Sure Knows The Art Of Charming His Fans With His Unique Poses