Fans must be unaware of the fact that Sharddha Kapoor has a very artist-like mind, and loves to doodle. Here are some of Shraddha Kapoor’s doodles. Read ahead-

Shraddha Kapoor, daughter of the renowned actor Shakti Kapoor, is one of the finest actors in Bollywood today. Shraddha Kapoor entered the Bollywood industry with Leena Yadav’s Teen Patti (2010) and rose to fame with Mohit Suri’s Aashiqui 2 (2013), alongside Aditya Roy Kapur. The actor though having an easy way in Bollywood has worked hard and proved her talent. Some of Shraddha Kapoor's most prominent films include Haider, Ek Villain, ABCD 2, Stree, Saaho, Chhichhore and more.

Along with being a versatile actor and an over-achiever, there is another thing that Shraddha is passionate about. Fans must be unaware of the fact that Sharddha Kapoor has a very artist-like mind, and loves to doodle. Here are some of Shraddha Kapoor’s doodles. Read ahead to know more-

Shraddha Kapoor is known for flaunting her sketching skills from time to time. There is no secret that Shraddha is indeed housing a very talented artist inside of her. Sharddha Kapoor has now decided to show the world an example of that. 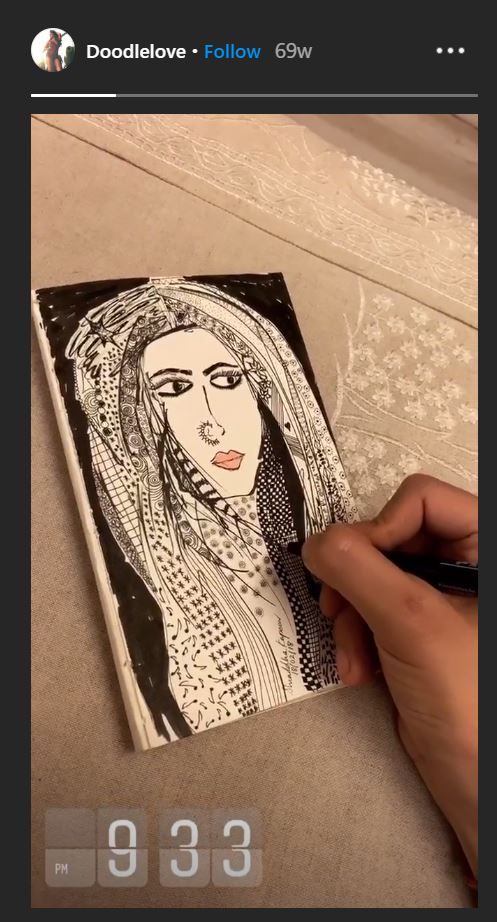 Here, Shraddha Kapoor is seen completely focused on her doodling. This picture is from the sets of her film Batti Gul Meter Chalu. Shraddha has various pens to draw with and is almost a professional at it.

Shraddha Kapoor is very over-whelmed in her career. The actor gave a blockbuster in 2019, Chhichhore, alongside Sushant Singh Rajput. Chhichhore made it to the â‚¹100 crores club and became a critically acclaimed film. At the very beginning of 2020, Shraddha appeared in another superhit film, Remo D’Souza’s Street Dancer 3D, alongside Varun Dhawan and Prabhu Deva. The film did average in the theatres, but the dancing skills of the actors were highly appreciated. In 2020, Shraddha Kapoor again appeared in Ahmed Khan’s Baaghi 3, alongside Tiger Shroff. The film earned around â‚¹96 crores reportedly, but couldn’t enter the â‚¹100 crores club due to the Coronavirus pandemic.