After 4 months at the forefront in the fight for justice in Sushant Singh Rajput's case, his sister Shweta Singh Kirti has deleted her social media handles.

Update — Shweta Singh Kirti has marked herself present on Twitter after her social media accounts had been temporarily deactivated on Wednesday. She wrote in her tweet that she had faced security issues with her Twitter and Instagram accounts due to which she had to deactivate them.

Shweta Singh Kirti, who had been the pillar of strength in the global movement for justice after the death of her brother Sushant Singh Rajput, has deleted her social media accounts. While the reason for the sudden withdrawal from social media is not known, fans and followers of the late actor continue to raise their voices in the fight. Wednesday marks four months since the day Sushant Singh Rajput was found hanging at his apartment in Mumbai's Bandra under circumstances that are currently under probe by several central investigation agencies. 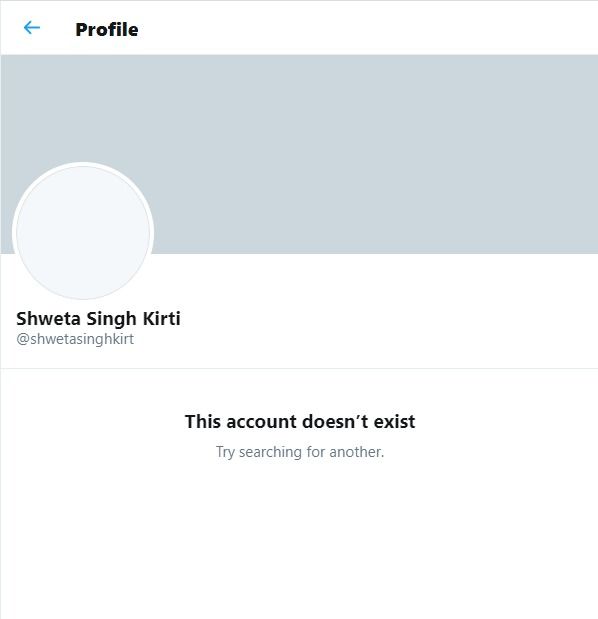 Sushant's elder sister Shweta Singh Kirti, based in the US, had been keeping track of every update on the development of the death case which took the nation by the storm in the past 4 months. Sushant's sister Shweta Singh Kirti had been active on social media in acknowledging and sharing updates from all over the globe where Sushant's fans have shown their support in the campaign for justice. Sushant’s fans have been undertaking numerous initiatives, many of them based on his ‘50 dreams’ list, over the last few weeks.

Shweta Singh Kirti's last Twitter post also addressed the campaign initiated by the millions of fans of the late actor and spoke about being strong in the fight. She wrote,“Tough Times dont last, but Tough people do”(sic). She asserted that they were all ‘strong’ and ‘powerful’, and that they just needed to ‘believe’ in their own strength.

Rajput was found hanging in his Bandra apartment on June 14. The Mumbai Police had earlier registered an Accidental Death Report (ADR) and launched an investigation. However, the CBI took over the probe into the high-profile case in August following the Supreme Court's nod. Rajput's father KK Singh had on July 25 lodged a complaint with the Bihar police against actor Rhea Chakraborty and her family members accusing them of abetting his suicide.