'Had The Craziest Time': Sidharth Malhotra Gets Nostalgic As 'Kapoor & Sons' Clocks 4 Yrs

Sidharth Malhotra and Alia Bhatt starrer 'Kapoor And Sons' clocks 4 years, March 18. Here's what the 'Shershaah' actor has to say about the special moment

Sidharth Malhotra and Alia Bhatt's movie Kapoor & Sons is a family-drama helmed by Shakun Batra. Kapoor & Sons clocks four years today, March 18. The film deals with the story of two estranged brothers who return to their dysfunctional family after their grandfather suffers a cardiac arrest. The film hit the theatres in 2016 and received great reviews from fans and critics. Kapoor & Sons reportedly earned ₹152 crores as a worldwide collection. Reminiscing the memories, Sidharth Malhotra took to his Instagram to share a happy note.

On March 18, Sidharth Malhotra took to his Instagram and shared a fun BTS video featuring the cast and crew of Kapoor & Sons, including Alia Bhatt, Fawad Khan, Rajat Kapoor, Rishi Kapoor, Ratna Pathak Shah amongst others. In the caption, Malhotra wrote, 'Had the craziest time while shooting for this film and it still brings back these amazing memories!
#4YearsOfKapoorAndSons'. Take a look at the video here.

Also Read | Sidharth Malhotra teams up with 'Kabir Singh' makers for his next Tamil remake; Deets 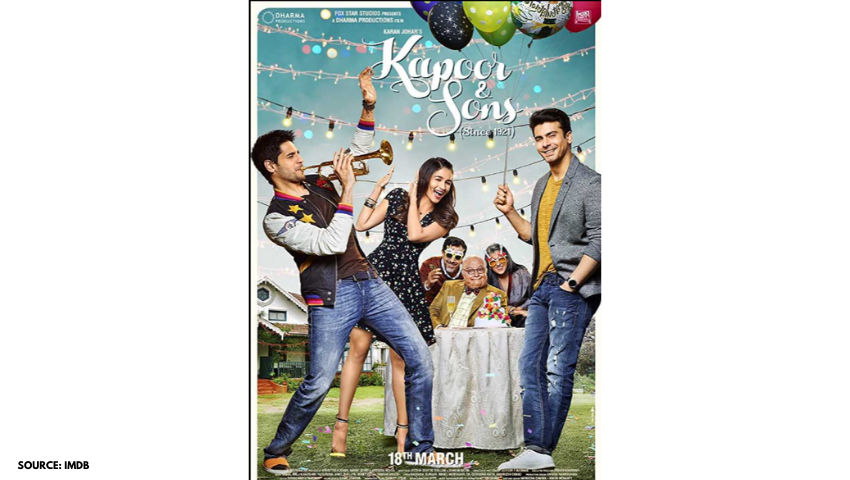 Starring Alia Bhatt and Sidharth Malhotra- Fawad Khan as brothers, the movie is a dysfunctional family tale which won many hearts. Not only their on-screen performances, but the songs from Kapoor & Sons yet remain fresh. Rishi Kapoor's quintessential acting skills received heaps of praises from many.

While Sidharth Malhotra essays the character of Arjun Kapoor in Kapoor & Sons, Alia Bhatt, on the other hand, plays the role of Tia Malik. Fans in huge numbers loved their on-screen romance and Sidharth's ever-charming personality in the film. The duo's off-screen chemistry while promotions also made a lot of noise.

PEOPLE HAVE PLEDGED SO FAR
'Super 30' actor Mrunal Thakur says she played a mom of 2 in a commercial when she was 18
5 things Ranveer Singh & Deepika Padukone told us about each other
Richa Chadha sets fire to her ladle in failed attempt at cooking food; says,"satyanash"
Vicky Kaushal's throwback pics as Army officer in 'Uri' his fans must not miss
Shraddha Kapoor’s best films according to IMDb ratings | Read
DO NOT MISS
UNITE AND FIGHT CORONA: PM MODI
AIR INDIA SIGNS CONTRACT
WATCH: PREGNANCY Q&AS
'NIZAMUDDIN MARKAZ CREATING IMPACT'
'9000 MARKAZ CONTACTS TRACED'
FANS EXCITED FOR KOHLI-KP TALK