Sidharth Malhotra took to his Instagram and shared a poster of his upcoming war film, Shershaah. He announced the release date of the film which is July 2, 2021

On February 20, 2021, actor Sidharth Malhotra took to his official Instagram handle and announced the release date of his upcoming war flick, Shershaah. Announcing the release, date the actor shared the posters of the film. In the poster, Sidharth can be seen in an army uniform, in the middle of action along with his other soldiers. The release date in the poster reads July 2, 2021.

Sharing the Shershaah poster, Sidharth captioned it as, “The untold true story of Captain Vikram Batra (PVC) is all set to unravel on the big screens. ‘#Shershaah’ coming to theatres near you on 2nd July, 2021. See you at the movies!”. As soon as the poster was shared, many of his fans expressed their excitement for the film's release. Several fans dropped red hearts and heart-eyed face emoticons. 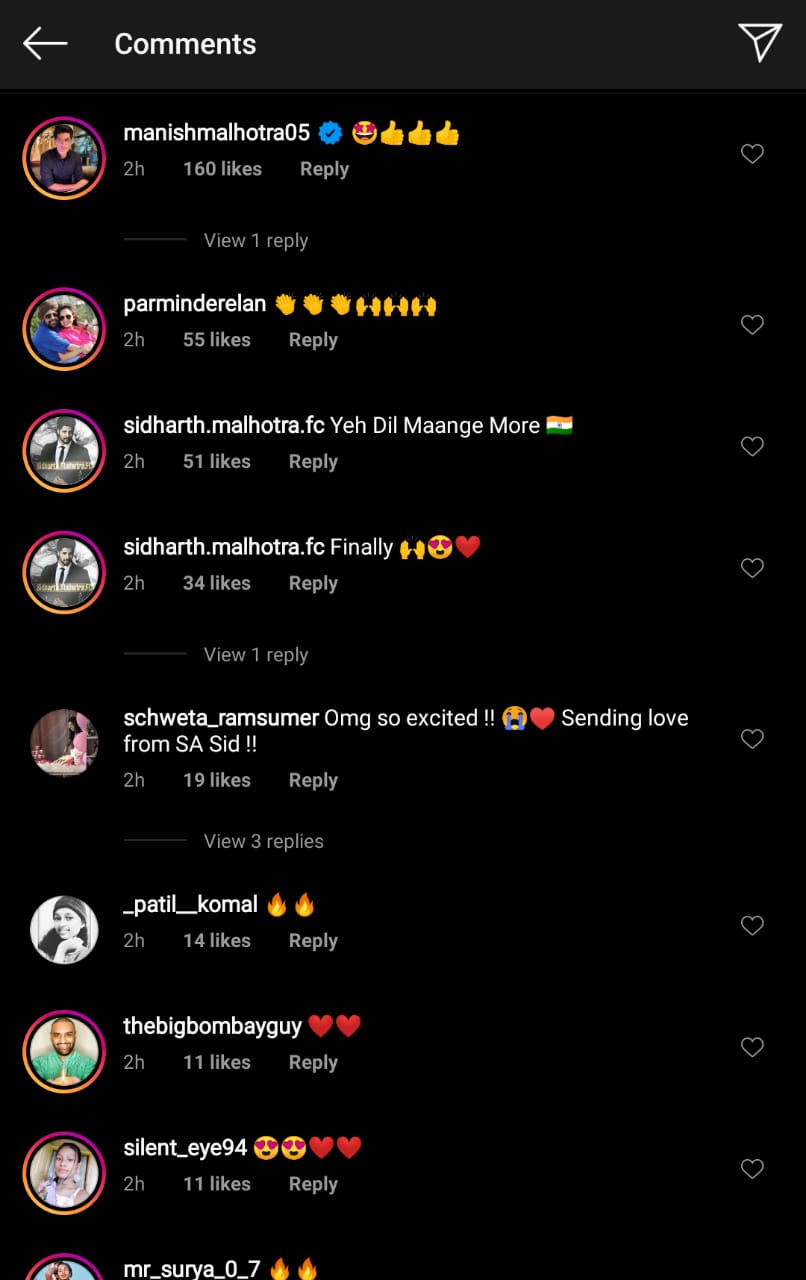 On the same day, Kiara Advani, too, shared two posters of the film. The first poster gives a closer look at Sidharth in the army uniform, while the other one shows him with other soldiers, amidst action. Kiara also announced release date of the film and expressed her excitement.

The highly-anticipated biographical war-action film, Shershaah, is all set to hit the theatres on July 2, 2021. The film features Sidharth Malhotra and Kiara Advani in lead roles. Helmed by Vishnuvardhan, the film tracks the journey of Param Vir Chakra recipient and army captain, Vikram Batra. Sidharth can be seen in a double role, as Vikram Batra and his identical twin brother, Vishal. Kiara plays the role of Captain Vikram Batra’s fianceé, Dimple Cheema.

The film marks Vishnuvardhan’s directorial debut in Bollywood. Initially, the film was scheduled to be released in July last year but was postponed owing to the COVID-19 pandemic. The film has been shot in various locations such as Captain Batra’s hometown, Dharamsala, Leh, Ladakh and Kargil.