Sidharth Malhotra did not hold back on compliments when he saw rumoured GF Kiara Advani's Instagram Live. Read on to know more details

A few seconds into the fan-captured snippet from the Live, one can see that Kiara Advani is thanking Siddharth Malhotra for joining the Live and she is asking, “I am hoping that you have watched the entire Live.” She also continues to say that she has been watching Sid’s films and has also been following his work closely. She is all happy about the reactions from Sidharth Malhotra. Kiara seems to be taken by surprise with all the compliments coming her way. 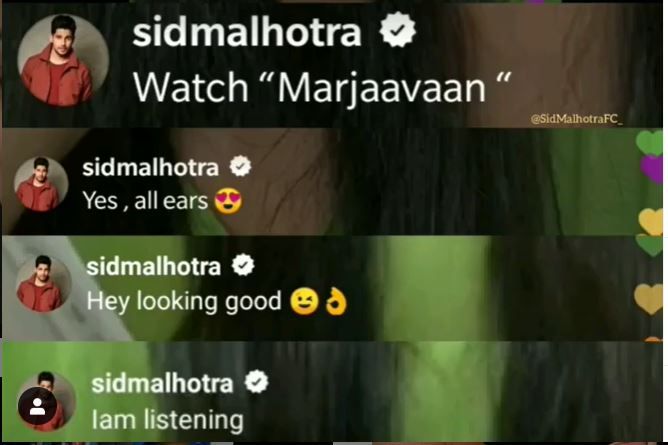 Kiara Advani and Sidharth Malhotra’s next

Siddharth Malhotra and Kiara Advani will be seen next in Shershaah which is a biopic of the real story of Captain Vikram Batra of the Indian Army. The film is still in the production process and the release date has been pushed until further notice. The film is directed by Vishnuvardhan. Reports suggest that Karan Johar is co-producing the film.

PEOPLE HAVE PLEDGED SO FAR
LATEST NEWS
View all
9 mins ago
Anupam Kher reveals he was suffering from facial paralysis while doing Hum Aapke Hain Koun
2 hours ago
It was liberating to work on a film like 'Choked', says Saiyami Kher
7 mins ago
Sanjay Dutt remembers father Sunil Dutt on his birth anniversary, shares throwback picture
38 mins ago
Neha Dhupia goes for a run after 80 days, raises an important question
6 mins ago
'Like 2 bald men fighting over comb': Pooja Bhatt on fight between producers-exhibitors