Ek Villain actor Sidharth Malhotra shared an adorable picture to wish his rumoured girlfriend Kiara Advani on her birthday. The Lust Stories actor is celebrating her 28th birthday today. Sidharth shared an unseen photo of Kiara while cutting the cake. Take a look: 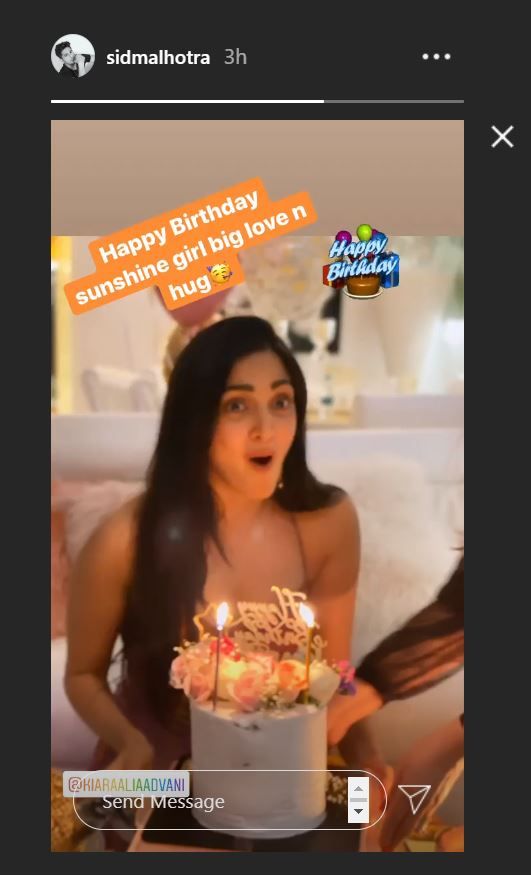 Kiara, who is celebrating her 28th birthday today, has received heartfelt birthday wishes from many celebrities. Among all the celebrity wishes, it was Kiara Advani’s rumoured boyfriend, Sidharth Malhotra’s adorable birthday wish that caught many eyes. Student Of The Year actor Sidharth Malhotra wished his alleged lady love by sharing an unseen photo of Kiara where she is seen cutting the cake. He captioned it as, “Happy birthday sunshine girl big love and hug”. However, replying to his message, Kiara on her story wrote, “Thank You Monkey”.

ALSO READ: Kiara Advani Tells Her Father 'I've Always Got Your Back' In A Special Birthday Wish 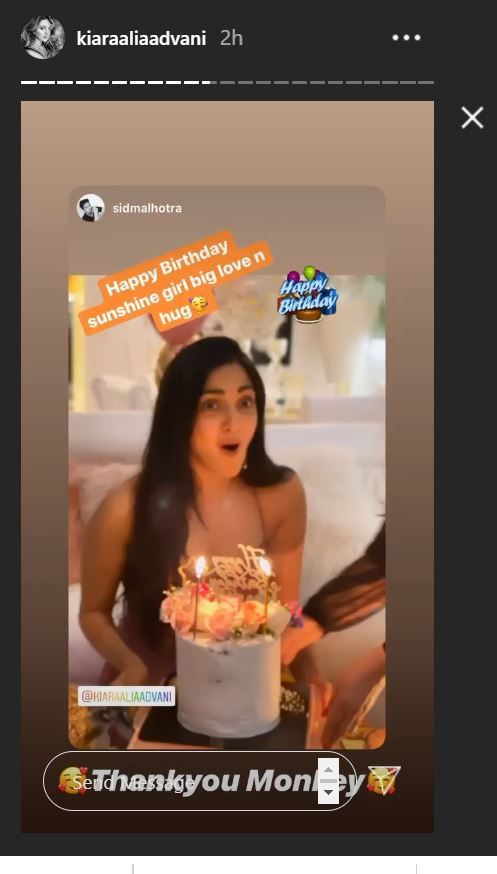 About Kiara and Sidharth’s rumoured relationship

Marjaavaan actor Sidharth Malhotra and Kabir Singh actor Kiara Advani have been rumoured to be dating each other but neither of them has confirmed anything. Recently, while interacting with his fans during the 'Ask Me Anything' session on Instagram, Sidharth Malhotra was asked by a fan to describe Kiara in one word, to which the Kapoor and Sons actor said ‘Shershaah’.

For the unversed, Kiara Advani and Sidharth Malhotra will be sharing screen space for the first time in Shershaah which is being directed by Vishnuvardhan. Talking about Shershaah, the film is a biopic movie based on the life of Captain Vikram Batra. Along with Sidharth and Kiara, the film also has Jaaved Jaffrey in the leading role. The biopic movie will showcase the heroic tale of Captain Vikram Batra, who was martyred in the Kargil War and posthumously awarded the Param Vir Chakra by the Government of India.

Kiara Advani was born on July 31, 1992, in Mumbai, Maharashtra. Her father, Jagdeep Advani, is a businessman, and her mother, Genevieve Jaffrey, is a teacher. Alia Advani is her birth name, which she changed in 2014, ahead of the release of her first film, Fugly. She is also related to several celebrities via her maternal family. Varun Dhawan, who worked with Kiara Advani in Kalank, and Shahid Kapoor who worked with her in Kabir Singh, also wished her on her happy birthday.