Soha Ali Khan recently posted a picture of herself and husband Kunal Kemmu on her Instagram. Check out the post and the comments on it.

Soha Ali Khan recently posted a new picture on her social media account. She was seen with her husband Kunal Kemmu sitting amid nature. Both the stars seemed relaxed and the picture was candid.

Soha Ali Khan recently posted a picture of herself and husband Kunal Kemmu on her Instagram. The picture shows both the actors sitting on a big rock. While Soha is looking at one side, Kunal is looking straight into the camera. Soha can be seen wearing a blue cap, shades, white t-shirt, jeans and boots. Kunal can be seen sporting some shades with a shirt over t-shirt and shoes. The picture looks like it's been clicked at some national park and has some dry plants and blue skies for its background.

Soha also put an interesting caption for the post. She made a funny pun and asked her husband to "rock on". In the next line, she changed her statement to something more apt and said that it was more like Kunal on a rock. This is what her caption was - Rock on (Kunal Kemmu)!! Or more aptly (Kunal Kemmu) on rock

Many people including fans and celebs responded to the post. Actor Dia Mirza commented red hearts and many fans also commented hearts. Check out the comments: 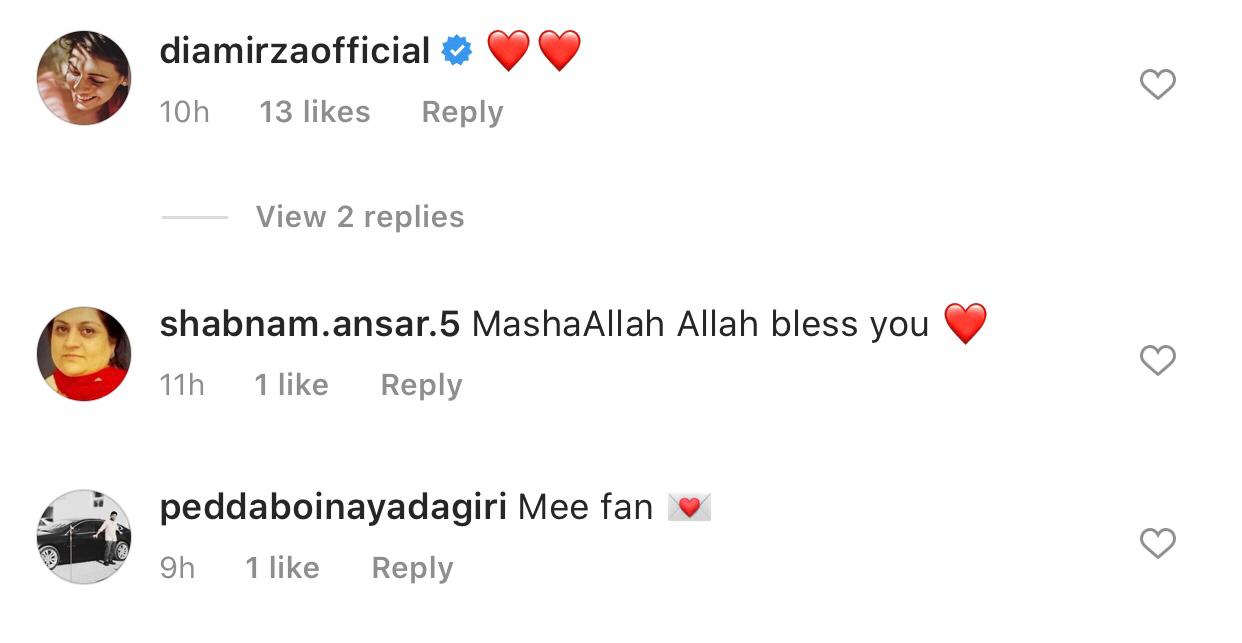 Soha often posts pictures of herself or of Kunal. In an earlier post, Soha had uploaded a picture for Father's Day. Fans could see Kunal with their daughter Inaaya strapped on his front and even their dog featured in the picture. Kunal is smiling and Soha captioned the picture - Father and daughters.

Soha Ali Khan and Kunal Kemmu got engaged in Paris in 2014 and got married in Mumbai in 2015. After a while in 2017, their daughter, Inaaya Naumi Kemmu, was born. Besides acting, Soha has recently written a book, The Perils of Being Moderately Famous, which talks about her being a princess and more. The book also came out in 2017 and was a successful book. Soha Ali Khan was previously seen in movies like Rang De Basanti, Shaadi No. 1, Saheb, Biwi Aur Gangster 3 and more.

LATEST NEWS
View all
2 hours ago
Priyanka Chopra pays tribute to Saroj Khan, says 'may heaven dance to Masterji's tunes'
13 hours ago
Vikas Khanna perfectly 'chops' his own hair amid lockdown, shares feat on Twitter; See pic
13 hours ago
Can Ranveer Singh match swag of Nivin Pauly's 'Bhai' in Bollywood's remake of 'Moothon'?
13 hours ago
I was drawn to 'Sufiyum Sujatayum' for its fable-like quality, says Aditi Rao Hydari
1 min ago
Govinda pays homage to his 'guru' Saroj Khan, holds back tears while recounting first meet