Sona Mohapatra & Anita Hassanadani are two popular celebrities, who are widely adored for their fashion. Check a fashion face-off & decide who wore it better?

Today, we will look at two stunning women from different walks of life and their exuberant taste in fashion. Both are super successful and have been in their respective fields for quite some time now. But the one thing that unites them is their love for fashion and their impeccable sartorial choices.

From her powerful voice to her unique fashion sense, everything about Sona is very different from her contemporaries. She is known for her bold personality and carefree attitude, and always in limelight for her controversial statements. Whatever the Bedardi Raja singer wears, she rocks it like a boss lady.

In this Instagram photo of Sona Mohapatra, the Ambarsariya singer looks absolutely gorgeous. She is wearing a ravishing red saree with a quirky blouse design. From the perfect pleats of her saree to her accessories, everything about this Sona Mohapatra's contemporary traditional look is simply alluring.

Considered amongst the most stylish actors of the TV Industry. She is a true fashionista, who enjoys a massive fanbase on social media for her uber-chic style statement. Be it her outlandish gowns, modern ethnic attires or boho dresses, Anita Hassanandani  sure knows the art of charming her fans with her voguish fashion choices. 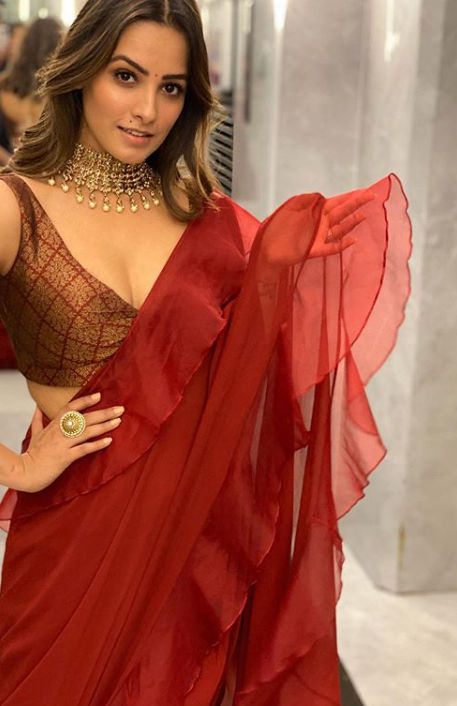 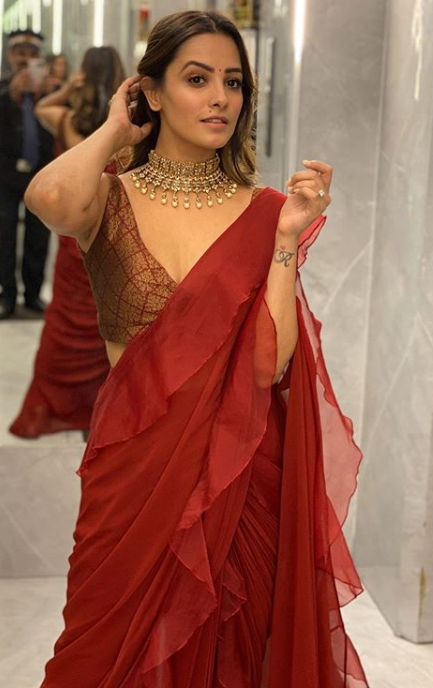 The Kucch Toh Hai actor accessorised her sari look with a stunning choker golden necklace with pearl drop details. Alongside with a statement chunky big ring. Anita kept her makeup very classic with nude lips and lots of mascara. Not to miss her adorable round Bindi.

Read: Anita Hassanandani Knows The Art Of Pulling Off A 'no-makeup' Makeup Look Like No Other