Dabangg 3 is set to release on 20th December. It stars Sonakshi Sinha and newcomer Saiee Manjrekar, who were spotted promoting the film in ethnic avatars.

Sonakshi Sinha and Saiee Manjrekar were spotted wearing ethnic wear for the promotions of their upcoming movie, Dabangg 3. Dabangg 3 is set to release on 20th December this year and is a sequel in the Dabangg series. The movie is a Hindi language action comedy film which has been directed by Prabhudeva and is being produced by Salman Khan and Arbaaz Khan. This time, there is a newcomer in the movie, Saiee Manjrekar, who will play the role of the young Chulbul Pandey's love interest in the film. Saiee Manjrekar is the daughter of actor-director Mahesh Manjrekar. The promotions have started for the movie and the leading stars were recently seen on the sets of The Kapil Sharma Show. Check out the pictures here. 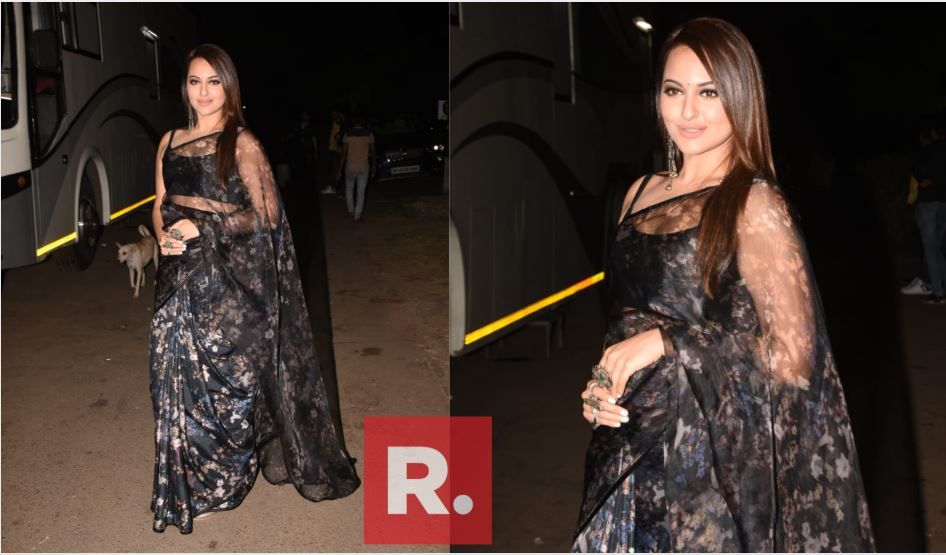 Sonakshi Sinha was seen wearing a printed sheer black saree with a black strappy blouse. Her hair was straight and sleek and she had left it open. The actor went for nude makeup for a natural look and accessorised her outfit with rings and earrings. Sonakshi's style has always been simple and chic.

Saiee Manjrekar in a lehenga 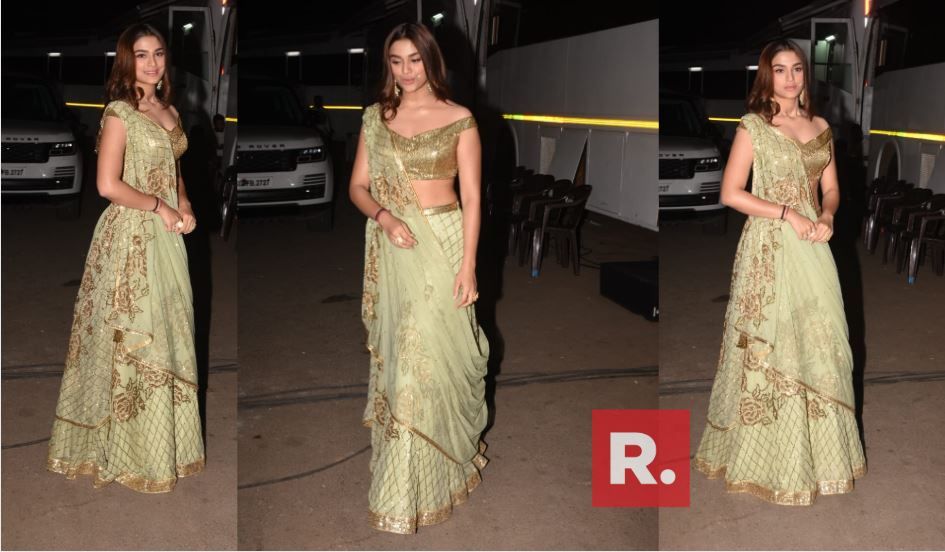 Saiee Manjrekar was also seen at the promotions of the film. She was seen wearing a pale pista green lehenga and a golden embroidered off-shoulder blouse. She was carrying a georgette duppata with the outfit. To complete the look, the actor wore simple jewellery and makeup. She rounded up the look with soft curls and left it open. The actor posted some pictures of the outfit on her Instagram handle as well.

Saiee Manjrekar is a 21-year-old newcomer in Bollywood who is set to make her debut with Dabangg 3. The actor did not forget to give credits to her stylist, Ashley Rebello and her designer Seema Khan. Her hair and makeup were done by Mehak Oberoi.

Also Read | Saiee Manjrekar To Have A 'Dream' Debut With Salman Khan's Dabangg 3? Here Why