Rowdy Rathore actor Sonakshi Sinha took to Instagram on Sunday, January 10, 2021, to share a video of her doing some rigorous workout at home.

Rowdy Rathore actor Sonakshi Sinha took to Instagram on Sunday, January 10, 2021, to share a video of her doing some rigorous workout at home. Along with the video, the actor also penned a caption where she went on to encourage fans to workout at home. On seeing this post, fans went all out to comment with all things happy and nice.

Taking to her Instagram handle, Sonakshi Sinha went on to share a video where can be seen doing some home workouts as she also goes on to encourage her fans to do the same. In the video, the actor can be seen doing some exercise with the skipping rope. The video is yet again proof that Sonakshi is a fitness freak and she often goes on encourage fans to stay fit and fab. In the video, the actor can be seen donning black leggings, t back top and an oversized blacktop. She completed her look with a pair of neon orange shoes and opted for a Minnie mouse hairdo. One can also hear upbeat music in the background.

Along with the video, the actor also penned a caption encouraging fans to workout. She wrote, “No gym no problem! SKIP. (Not the workout)”. Check out the post below.

As soon as Sonakshi Sinha shared the post online, fans went all out to comment on all things nice. The post went on to receive likes and several comments from netizens. Some of the users went on to laud the actor for her fitness and encouragement, while some went on to go all gaga over the video. One of the users wrote, “this is awesome”. While the other one wrote, “amazing”. Some users also commented with many fire and heart emojis. Check out a few comments below. 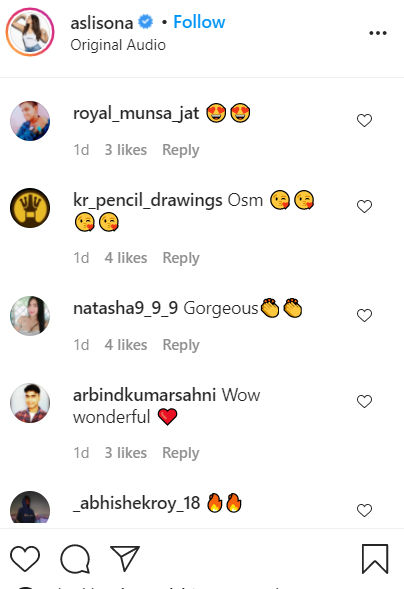 Apart from this post, the actor goes on to share several pictures and videos as she gives fans a glimpse of her personal and professional life. Earlier to this pic, the actor went on to share a picture where she went on to connect with her fans virtually. In the first picture, the actor can be seen striking a simple pose where she is all smiles for the camera, while in the second pose, she can be seen connecting with all her fans via zoom. Take a look at the post below.