Sonam Kapoor shared an appreciation post on social media where she hailed her husband and also credited him to motivate her for a health lifestyle.

Sonam Kapoor’s husband Anand Ahuja is a fitness freak and the latter’s posts on social media is a proof of the same. Sonam recently shared an appreciation post on social media where she called her husband as a “fitness junkie” and also credited him for motivating her to maintain a healthy lifestyle. The Veere Di Wedding actress confessed in the post that it took her some time to understand her husband’s growing obsession with health and now even Sonam seems to be following the footsteps of her husband and treading the same path.

Sonam Kapoor shared a series of pictures on her Instagram page which showed Anand Ahuja shredding extra kilos to maintain a healthy lifestyle. The actress gave a glimpse of all the ways that Anand adopts to remain fit. In one of the posts, Anand can be seen participating in several marathons and winning medals. In the second picture, he is seen trying his hands on basketball. The other pictures showcase Anand’s obsession with yoga and headstand. 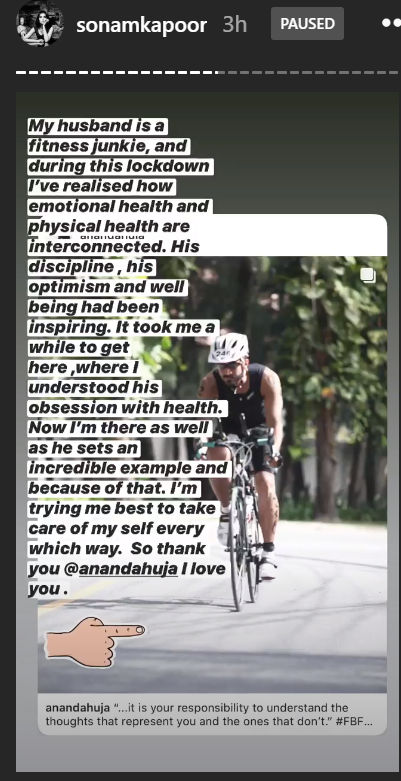 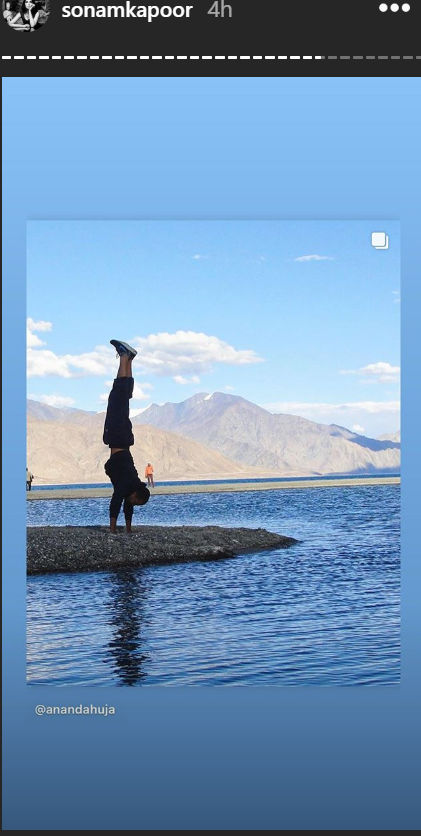 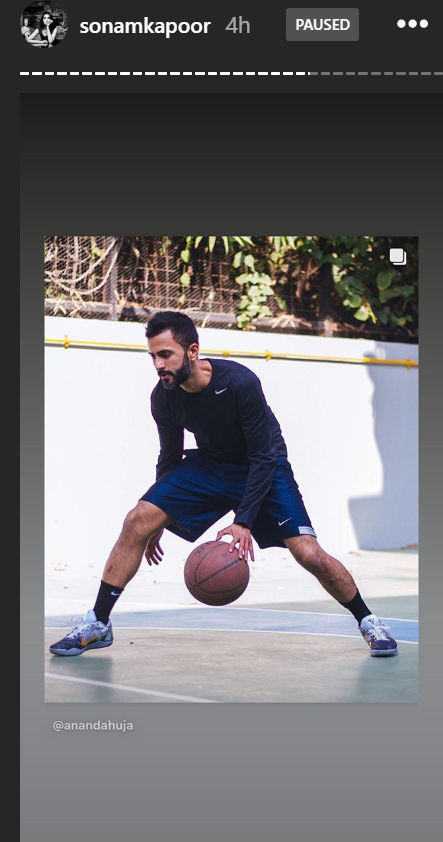 While captioning the post, Sonam gave a big shout out to her husband for inspiring many with his passion for fitness. The actress wrote about her self-introspection about emotional and physical health. Sonam mentioned in the caption that during the lockdown, she realized how emotional and physical health is interconnected. She hailed her husband’s zeal, enthusiasm, discipline towards fitness which just inspires her each day. Later, Sonam thanked her husband for setting an example and motivating her to take care of herself in any manner. Sonam had reposted Anand’s Instagram post along with his pictures from the past which showed how much he is working out to maintain a healthy and fit lifestyle. Anand captioned his posts with the date and year of all the pictures.

Sonam Kapoor who was amongst a few who faced fire from not just the public, but even some of their colleagues, was backed by her husband. While Sonam responded to the trolls and abuse amid the 'outsider versus insider' debate by acknowledging her privilege as a star child, she also said that her identity is a matter of pride for her. Supporting his wife amid all the hatred coming her way, Anand Ahuja took to his Instagram handle and shared a famous Roald Dahl quote which left Sonam teary-eyed.

He wrote, "Some people when they have taken too much and have been driven beyond the point of endurance, simply crumble and give up. There are others, though they are not many, who, for some reason, will always be unconquerable. You meet them in time of war and also in the time of peace. They have an indomitable spirit and nothing, neither pain nor torture nor threat of death, will cause them to give up." [sic] Sonam reacted by dropping heart emojis and crying face emoji in the comments section.

Read: Saroj Khan’s Death: Choreographer Bosco Wanted To Collaborate With Her For His First Film

LATEST NEWS
View all
11 hours ago
Kangana Ranaut claps back at Kubbra Sait who showed support to suspend her Twitter handle
11 hours ago
Kareena Kapoor enjoys 'shoot day with husband Saif Ali Khan', see pics
10 hours ago
Check out the net worth of the actors in the upcoming film 'Gunjan Saxena'; Details inside
10 hours ago
Arjun Kapoor calls Willian Borges an 'absolute legend' as he leaves club Chelsea
9 hours ago
Madhuri Dixit Nene answers interesting fan questions as she completes 36-yrs in Bollywood