Sonam Kapoor Ahuja creates an Instagram filter for her husband Anand ahead of his birthday. Take a look at what the filter is & her post about it.

Sonam Kapoor recently uploaded a couple of videos on Instagram. In the first video, the actor can be seen out for a stroll and is informing her fans that her husband's birthday is in two days. She then tries guessing her husband's two favourite things, which are basketball and ice-cream. The actor mentions that Anand loves basketball a lot and maybe a little bit more than her and that he also loves ice-cream. She also mentions that Anand tries to find ice-cream wherever he goes.

In the next snap, a text is written which says - & there is a little something more in the works. When the viewers swipe to the next post, it is revealed that Sonam Kapoor made an 'awesome filter for Anand Ahuja, whose two favourite things are basketball & ice-cream'.  The filter is a rotating halo of ice-cream and basketball emojis.

Sonam also added a long caption with the post. She also asked her fans to try the filter and tag her when they post a picture or video on Instagram with it. She wrote - T-2 days for Anand’s birthday and I’m jumping up and down! Anand is nothing if not consistent, from the day I met him to now—his two favourites are exactly the same. Basketball and ice cream. (emoji) I love you and I can’t wait! (emoji) Swipe left for your next present (@) Anand Ahuja (emoji) P.S - This filter is now available on my profile guys. Would love for you guys to use it, and don't forget to tag me! (emoji) and she also tagged a few people.

Sonam's husband mentioned in the comments that he loved the gift and asked the star - How can I use it. He then mentioned that ice-cream and basketball were, in fact, his two favourite things. Take a look at Anand's comment:

Sonam's husband did try out the filter later. Sonam re-posted a snap by Anand, who could be seen with her filter. He mentioned how he loved the filter as well calling it - 'so nice' Take a look: 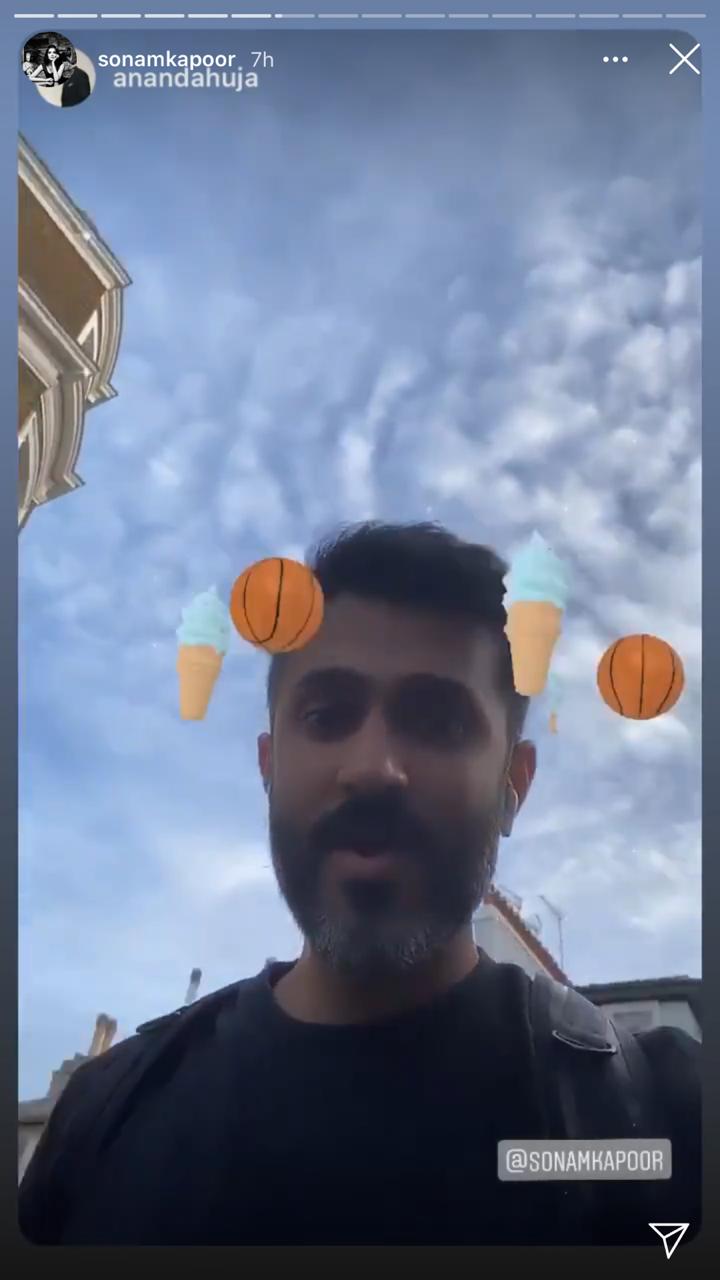