Sonam Kapoor and Anand Ahuja are spending time in quarantine as they celebrate their second wedding anniversary with some balloons, ice cream and snacks.

Sonam Kapoor and Anand Ahuja are celebrating their second anniversary on May 8, 2020. The two are currently in the confinement of their home, but their love for each other is soaring high in the sky. The lovely couple celebrated their anniversary packed with balloons, snacks, and wishes from loved ones.

Anand Ahuja took to Instagram to share on his story how he is celebrating his second wedding anniversary with his wife Sonam Kapoor. Sonam shared the stories to her Instagram as well. In the first post, Anand posted a photo of golden balloons that they used to decorate. The balloons were tied together with little notes at the end. 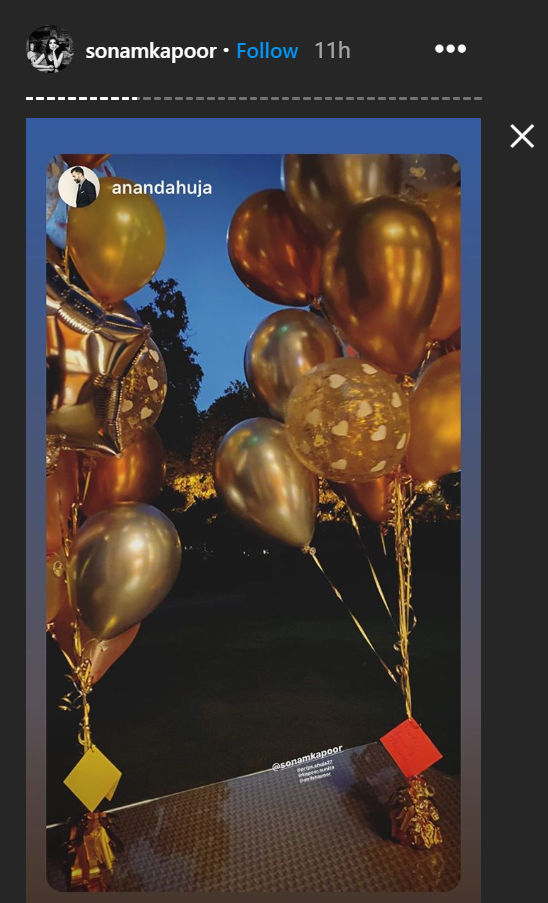 Next, Anand Ahuja posted a picture of a collection of various dips and sauces. He claimed that those were the 'Anniversary Quarantine Snacks'. One can see various types of dips like Jalapeno Cheese Dip, Peri Peri Salsa, Garlic Dip and there are also boxes of ice cream in the middle. The ice creams are vegan as Anand Ahuja follows a vegan lifestyle. 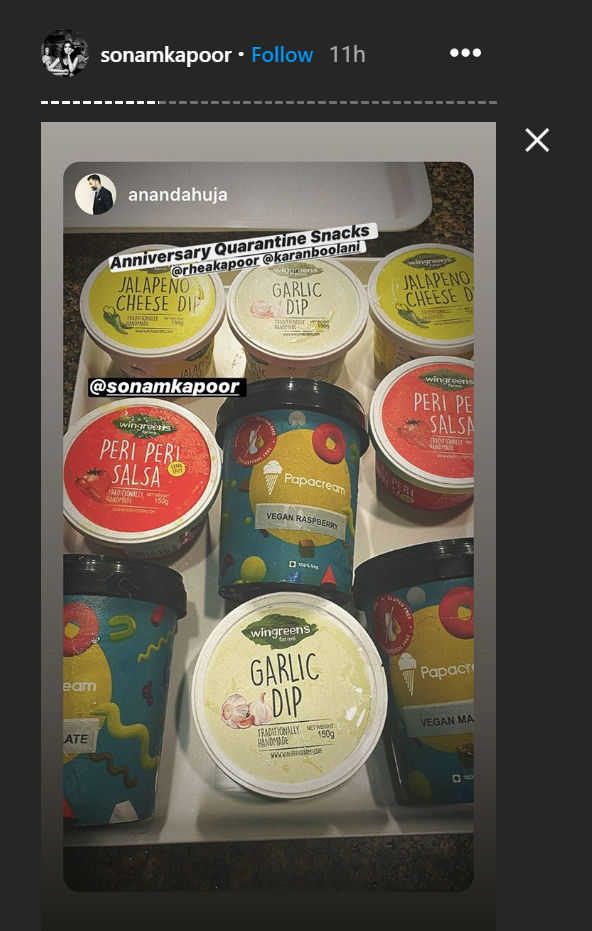 Anand Ahuja also shared a picture from a video call that the couple had with their family in different places. One window has Sonam's mother Sunita Kapoor, another has Sonam's sister Rhea Kapoor, while father Anil Kapoor is also seen. Rhea Kapoor's boyfriend and family friend Karan Boolani is also in the video call. Sonam Kapoor shared this post on her Instagram story and wrote in the caption, "My whole heart." 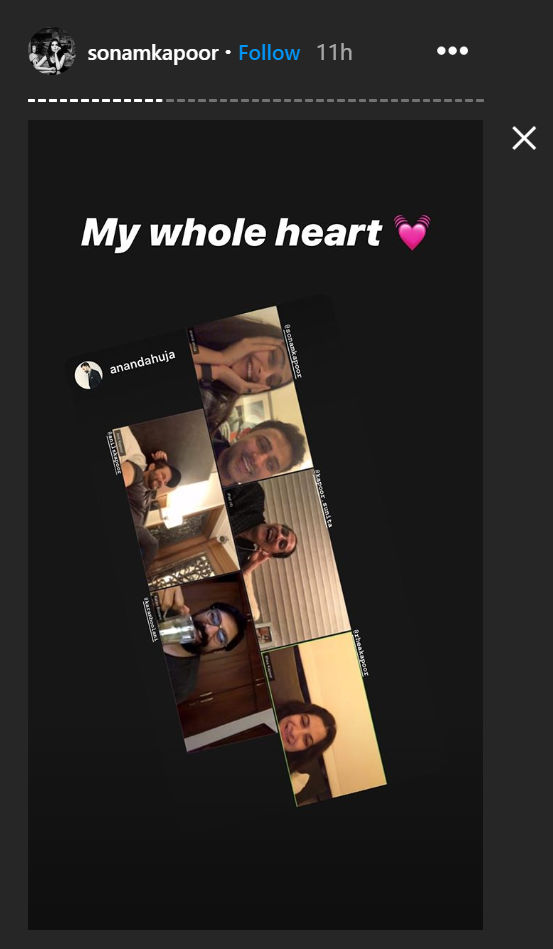 Sonam Kapoor took to her Instagram to wish her husband with a post. She shared a picture where she can be seen kissing Anand on the cheek. Sonam shared that it was their first picture together. She talked about their journey together in the caption of the post. She shared that she met Anand four years ago as a vegan who could do complicated yoga poses and also speak about subjects like retail and business. She said that she found him unbelievably cool and that he makes her heart race and grounds her as well. She then addressed Anand directly and wrote:

Nothing compares to you @anandahuja , your compassion, kindness, generosity and smarts are incredibly attractive but so is your moodiness and your annoying perfectionism. Thank you for being my partner and standing besides me for these 4 years. They have been my most fulfilling. Happy happy anniversary husband. I’m soo thrilled I get to keep you for the rest of my life. I love you the most and I know you love me the best and the most. That I promise you is the greatest gift I’ve ever received. â¤ï¸

PEOPLE HAVE PLEDGED SO FAR
LATEST NEWS
View all
1 hour ago
Kartik Aaryan reveals why he wants to marry a girl like Deepika Padukone; Read here
3 hours ago
Anupam Kher celebrates 39 years in entertainment industry, launches his own website
2 hours ago
Varun Dhawan shares a mesmerizing view of how his surrounding looks like during monsoons