Sonam Kapoor tied the knot with her husband, Anand Ahuja in 2018. The actor had a special wish for her husband for Valentine’s Day. Read to know more details.

The Sonam Kapoor-Anand Ahuja wedding was one of the biggest events of 2018. The couple tied the knot on May 8, 2018. The internet went crazy over the pictures from the big fat Indian Punjabi wedding. From a starry Bollywood sangeet night to a close-knit traditional Punjabi wedding ceremony, Sonam's wedding gave every girl some major wedding goals. Even after more than a year, fans still cannot get over this adorable couple.

Many Bollywood celebs took to their social media to pour in their special wishes for their special one. Sonam Kapoor also penned a heartfelt note for her beloved husband today. She posted a picture of the two at the romantic Eiffel Tower.

The actor captioned the picture with a lovely note for “valentine”. The picture was a throwback to the couple’s first trip to Paris in 2016. She also thanked her “for being thoughtful and generous”.

However, it was Anand Ahuja’s comment that won over all our hearts. He took to the comments to express his love for his wife. He also hilariously recalled the trip to be a “scandalous” one. 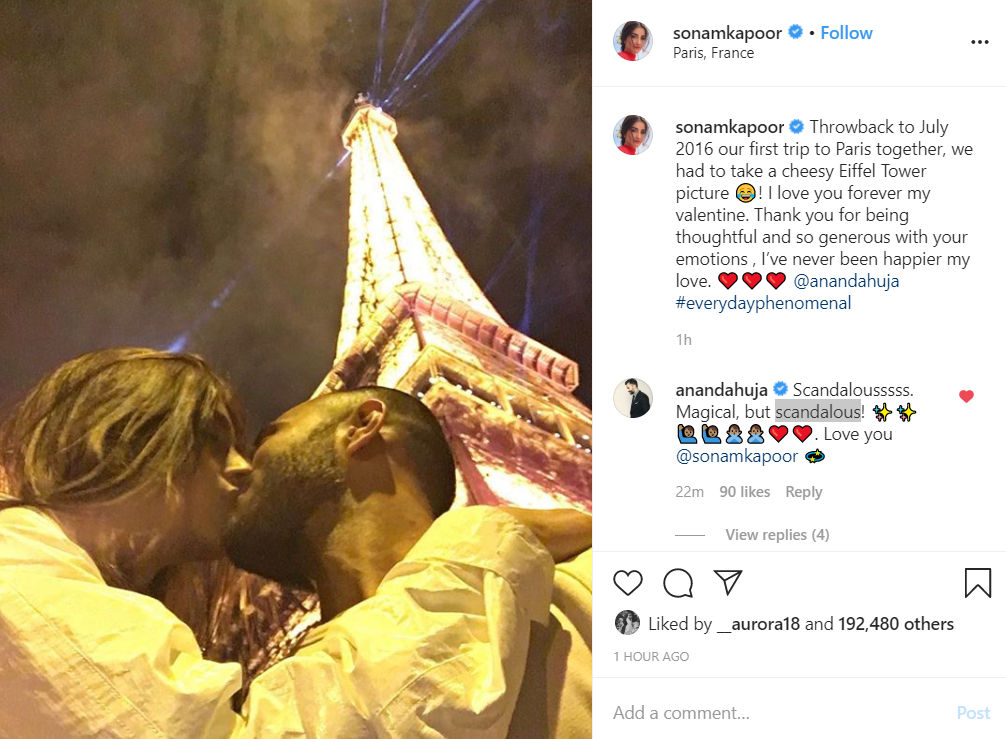