Sonam Kapoor in an Instagram post informed that she had the 'scariest experience' with a popular taxi service and asked everyone to use public transport.

Sharing an alarming post on social media, Sonam Kapoor informed that she had the 'scariest experience' with a popular taxi service. Asserting that 'the best and safest' is to use local public transportation or cabs, she emphasized that she was 'completely shaken' by the experience, however, she refrained from divulging in further details. 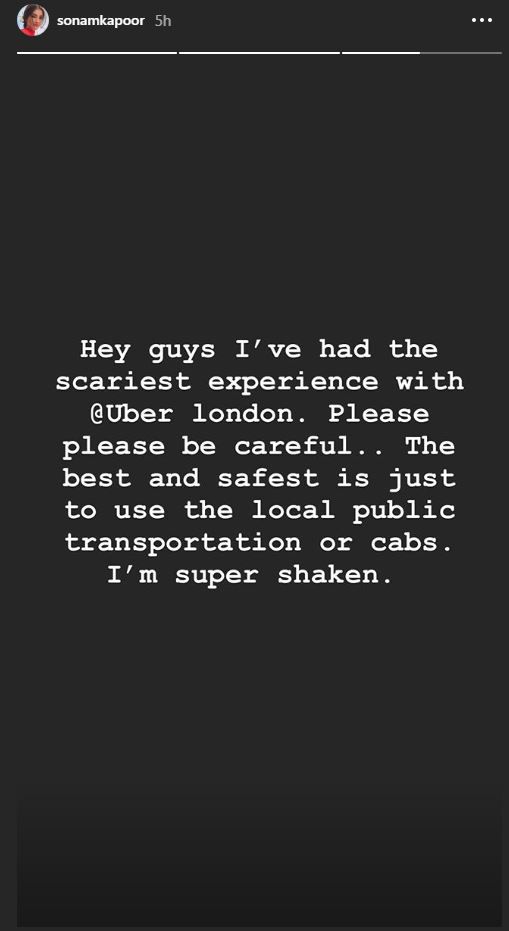 Just a week back, the actress had bashed an International airline for losing her luggage for the second time in a month. Expressing her frustration and disappointment, Sonam wrote that she has learned her lesson and will never fly again with the airline. The airline immediately responded to her tweet apologizing and asked her if she has been provided with a tracking reference at the airport.

We're sorry to hear about the delay to your luggage, Sonam. Have you been provided with a tracking reference when informed at the airport? Cody

Sonam Kapoor was last seen in the film, The Zoya Factor along with Dulqueer Salmaan. The film was adapted from a best-selling novel and although critics believed that the film will be a blockbuster at the Box Office, it failed to do so and gained poor reactions from the audiences, thus tanking at the box office. On an opening day, the film collected a total of Rs 2 crore.

However, Kapoor's stint earlier to this Ek Ladki Ko Dekha To Aisa Laga, based on a revolutionary topic, was loved by critics and audiences alike, as it opened a path for conversation, as far as homosexuality in India is concerned. And, while no further projects of the actress have been announced, reports claim that she will be seen in the remake of a South Korean film titled Blind.