Sonam Kapoor Goes On A Date With Herself, Calls It 'self-care At Its Finest'

Sonam Kapoor took to Instagram to share pictures from her date that she had been on with herself. She also stressed on the importance of self-care.

Sonam Kapoor bowled the audiences over with her performance in the 2019 romantic comedy film The Zoya Factor. The actor posts a lot of motivational and inspirational posts on social media. She recently took to Instagram to share with her fans and followers that she took herself on a date. She also expressed that importance of self-care as well. Scroll to see the picture.

Also read | 'Evil Under The Sun' Cast Boasts Of Colin Blakely, Peter Ustinov And Many More

Sonam Kapoor goes on a date with herself

Sonam Kapoor shared pictures from her date with herself. In one of the pictures, she is seen indulging on pasta. She is seen wearing a stylish off white sweater and black velvet dress in the picture. She is also wearing a pair of gloves and a pair of heavy earrings complete her look.

In the caption of the post, she wrote, 'Sometimes, you just need to take yourself out on a date and indulge in some carbs. It’s self-care at its finest!' Her fans and followers absolutely loving the Sonam Kapoor's photos. Her post garnered over 112K likes within one hour of uploading. her fans are commenting on the post as well to express their admiration for her look. Many of her fans have used the red heart and the heart eye emojis to comment. See their reactions here: 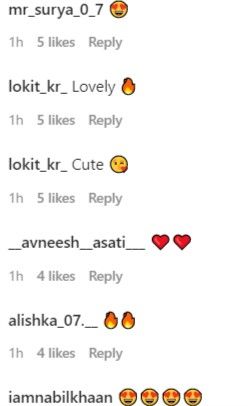 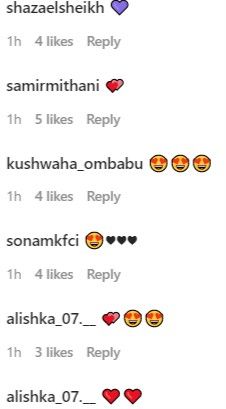 Sonam Kapoor's Instagram gives a sneak-peek into her life. She often shared pictures from her travel diaries on social media. Her Instagram feed also sees a lot of pictures of her friends and family. Her husband Anand K Ahuja also is seen in her pictures. She also lets her fans know the books she reads on social media. She wished her fans and followers a very happy new year by uploading a romantic post with Anand.

The actor made her debut with the 2007 romantic film Saawariya which also starred Ranbir Kapoor. She then went on to star in Delhi-6, I Hate Luv Storys, Bhaag Milkha Bhaag and Bewakoofiyaan. Her performances were appreciated in Neerja and Raanjhanaa particularly. She is next going to be seen in the 2021 crime thriller movie Blind. The movie will be directed by Shome Makhija and stars Purab Kohli, Vinay Pathak and Lillete Dubey as well.