Sonam Kapoor Is A Complete Diva And These Photoshoots Are Proof

Check out some of the most stylish photos Sonam Kapoor. These photoshoots prove that she is a true fashionista and inspires many fashion lovers.

Sonam Kapoor is known as a true Bollywood fashionista and even her wardrobe proves it. Sonam Kapoor Ahuja has shown that no one can beat her style game in Bollywood. She makes sure that she nails every type of outfits that she wears and she never fails to surprise her fans. Take a look at some of her best photoshoots for famous publications that could even inspire the hidden fashionista in you.

Sonam Kapoor's messy beachy waves and flawless skin perfectly complement her cool chic outfit. She is wearing a Gucci label here and her ombre lip colour is definitely something to pay attention to. She shot this photo for Vogue magazine in 2017.

This pic that Sonam shot for Filmfare magazine in 2019 is all about spreading magic in black. The dressing is simple yet so effective. She is wearing leather here where her full sleeves black leather body-hugging dress looks perfect with her middle-parted luscious locks. She has paired her outfit with the perfect black boots as well. 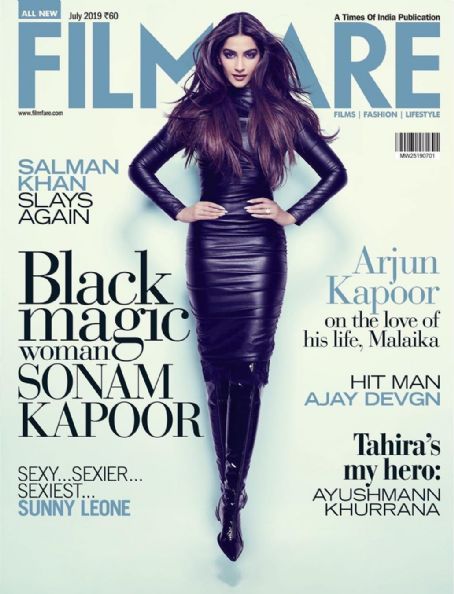 Sonam Kapoor is clearly defining her style statement as an experimental bride. Her ethereal lehenga outfit by Tarun Tahiliani adds a ton to her charm. She shot in this beautiful pastel colour lehenga outfit for Brides Today magazine.

Her smoky brown eyeshadow and kohled eyes are simply a fan's dream. Her necklace and ring definitely give contrast to her leather jacket vibe. She shot this photo for the Vogue magazine in 2017.