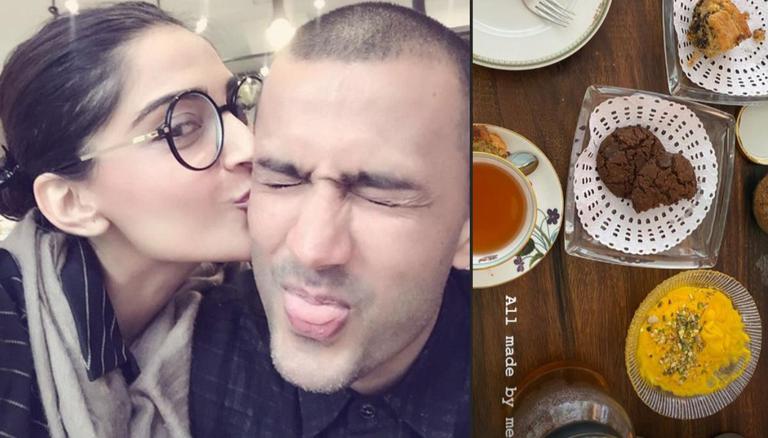 Ever since the Coronavirus lockdown has been imposed, the fashionista of Bollywood, Sonam Kapoor has turned 'Culinarista' and her Instagram handle is proof. Like everyone else, Sonam is also quarantining with her family in Delhi after she returned from London. However, the Neerja actor has been winning hearts on social media with her culinarian skills by sharing her lockdown diaries with her fans. Earlier this morning, Sonam Kapoor took to her Instagram handle to give her fans a sneak-peek into her quarantine breakfast date with her husband Anand Ahuja after she made a scrumptious breakfast for her beloved hubby, all by herself.

Amid the nationwide lockdown, a lot of leading ladies of Bollywood have decided to ace their culinary skills by learning new recipes and sharing them with fans on social media. One of those many leading ladies is The Zoya Factor actor Sonam Kapoor Ahuja, who has been sharing a variety of lockdown recipes on Instagram. Today, Sonam decided to prepare a gourmet meal in breakfast for her husband and shared the photograph of the dishes she made for the breakfast on her Instagram stories, captioning it, "All made by me". Have a look: 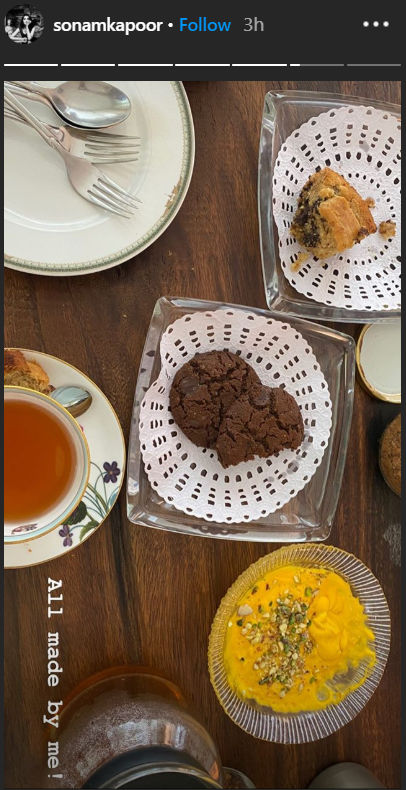 Meanwhile, not so long ago, the celebrity couple completed two successful years of marriage and virtually celebrated their second wedding anniversary with their friends and family. Sonam and Anand are also making full use of their quarantine time to spend quality time with each other by indulging in various interesting activities like working out together and reading together to name a few. Sonam also keeps her fans updated with her lockdown diaries by her 'Snapshots of Quarantine' series on Instagram.

On the career front, Sonam Kapoor was last seen sharing the screen space with the Tollywood heartthrob Dulquer Salman for the first time in the romantic-comedy The Zoya Factor. However, the film failed to impress the audience and received mixed actions from the film critics as well. The Abhishek Sharma directorial eventually resulted in tanking at the box office. Sonam is reportedly set to team up with the Badla director Sujoy Ghosh for her next film. Their upcoming film is reportedly titled Blind.