Sonam Kapoor Faces Flak For Her "revealing" Dress, Fans Come To Her Rescue

Sonam Kapoor recently wore a black dress for which she was trolled by netizens. Have a look at how her fans supported her in this situation. Read

Sonam Kapoor recently attended Malang’s screening event. The actor was trolled by a few netizens as they were of the opinion that her dress was “revealing”. Her fans came in support of her and provided a befitting reply.

Sonam Kapoor gets trolled for her dress

Sonam Kapoor recently attended Malang’s screening in a gorgeous black dress. The videos of the actor were doing the rounds on social media platforms. In the video, she was seen posing with her father Anil Kapoor in a deep neck sheer gown. A number of people started commenting about her dress. Most people were seen talking about how she shouldn’t be wearing such a dress in front of her father. Most comments were also about how revealing and inappropriate her dress was. However, Sonam Kapoor’s fans did not take the trolls lightly. Most of her fans commented in favour of the actor and asked the trolls to back off. They also had a number of positive things to say about her look. Have a look at the video and the comments by her supporters here. 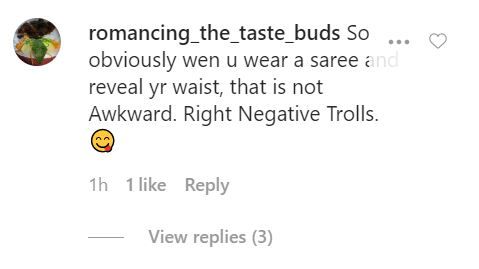 Anil Kapoor's character poster from the film Malang was recently revealed by the actor on his official Instagram handle. He plays the role of Anjaney Agashe in the film. In the poster, a gun can be seen pointed towards him. He has written in the caption how taking lives is his habit. Anil Kapoor can be seen with a serious expression in the character poster. The film Malang hits theatres around the country on February 7, 2020. Have a look at the poster of Malang here.