Sonam Kapoor, who is currently self-quarantining in Delhi with her parents, has a cute conversation with her mother in law amid Coronavirus Watch video here.

Due to the Coronavirus outbreak in the city, Bollywood celebrities are sharing pictures of themselves while they quarantine at home to help contain the spread of the virus. While most of the stars have stopped travelling abroad, Veere Di Wedding actor Sonam Kapoor, along with husband Anand Ahuja also returned back to Delhi from London on Tuesday. Now that Sonam has reached home safe, the couple has quarantined themselves at home. And now, Sonam Kapoor sure knows how to make the most of her time at home. A video of Kapoor having a conversation with mother-in-law Priya Ahuja has gone massively viral.

In a video that has been doing the rounds on social media, Sonam Kapoor can be seen having a chit-chat with her mother-in-law Priya Ahuja. While the Neerja actor is standing near the window, Anand Ahuja's mom is seen right down there. Indeed Sonam Kapoor's family is having some me-time while they quarantine at home in Delhi. Watch Sonam K Ahuja's video here.

Also Read | Sonam Kapoor & Anand Ahuja back to Delhi amid Coronavirus, to be quarantined 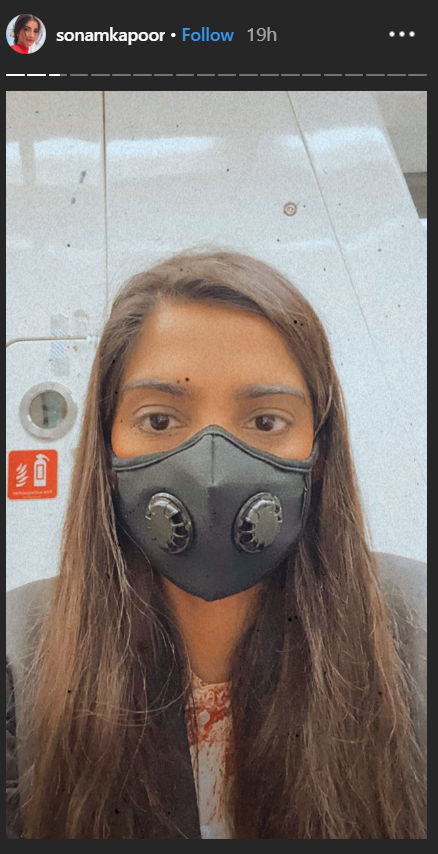 Meanwhile, Sonam Kapoor, after reaching home, took to her social media to share her experience while flying back from London. The Zoya Factor actor mentioned that she and Anand Ahuja couldn’t wait to get back home. Thanking everyone who helped her with a smooth journey, she expressed that everything at the airport was very responsibly done. Sonam Kapoor also gave credits to the government of India and said that they are doing their best for the country and its people's safety.