Sonam Kapoor's mother-in-law, Priya Ahuja is all-praise for the actor on her second wedding anniversary with Anand Ahuja as she wished them on social media

Sonam Kapoor tied the knot with her then beau and now husband Anand Anuja on May 8, 2018, and is celebrating her second wedding anniversary with Anand today. A lot of wishes and blessings started pouring in for the celebrity couple from their friends and family on social media, but Sonam's mother-in-law, Priya Ahuja's wish undoubtedly stood out from the rest. Anand's mother posted a streak of pictures of the love birds on social media to shower them with her blessings by penning a heartfelt note.

Sonam Kapoor and Anand Ahuja got married in a lavish Indian wedding held in Mumbai in 2018. The couple completed two-years of togetherness after being wedded to each other, and thus, the Neerja actor's mother-in-law could not hold back but express her emotions to wish the power couple by sharing some unseen pictures along with heartfelt captions on social media. From some unseen wedding pictures to photographs of their family outings, Priya Ahuja shared a streak of posts on Instagram to bless Sonam and Ahuja. Sharing one picture from their wedding ceremony, Priya Ahuja captioned one of the posts writing:

"Dearest Sonam and Anand, Happy Anniversary Bacchaas! May God bless the two of you abundantly in love, joy, and happiness. May your love for each other continue to grow with each passing year. Our love and blessings are always with you."

Later, by sharing a picture with her daughter-in-law, Priya was all-praise as she expressed how she always wanted a daughter and Sonam has fulfilled her wish by bringing her family happiness and joy. She captioned the post writing, "We always wished to have a daughter and then you came and filled our lives with so much happiness and joy. You are our sweetest daughter and we love you dearly. Have a great anniversary and a lifetime of happiness". Check out the post below:

Check out other anniversary posts shared by Priya Ahuja for Sonam Kapoor and Anand Ahuja below:

Due to the global Coronavirus pandemic, Sonam Kapoor and Anand Ahuja could not celebrate their second wedding anniversary with their family. However, their family members made sure to virtually celebrate their big day and make them feel special by celebrating it over a video call. Anand Ahuja took to Instagram stories to post a screenshot wherein Sonam's family along with him are seen to spend some virtual 'we time'. 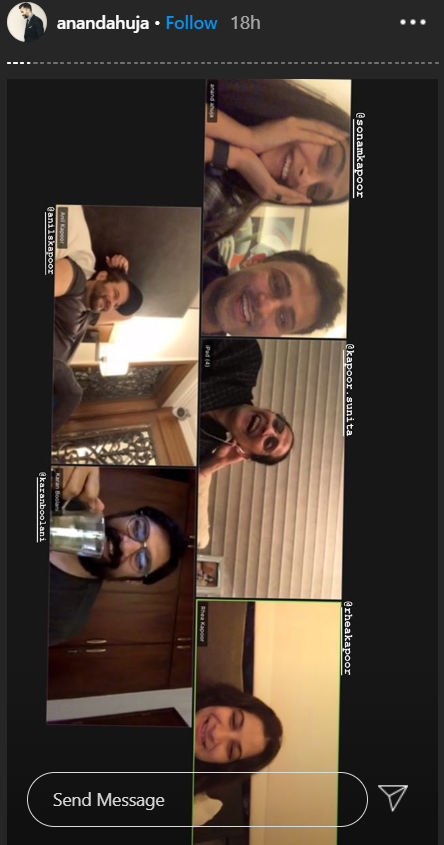 Also Read | 'Nothing Compares To You': Sonam Kapoor Pens A Special Post For Anand On Anniversary

PEOPLE HAVE PLEDGED SO FAR
LATEST NEWS
View all
15 hours ago
Sonu Sood changes profile picture, actor thanks fan for the beautiful sketch; See inside
12 hours ago
'Koki presents Sasti Monjulika': Kartik Aaryan's latest episode features his sister; Watch
15 hours ago
Alia Bhatt is all smiles with her granny in these throwback pics; Check out
14 hours ago
When Abhishek Bachchan, Aishwarya Rai opened up about their marriage on a chat show
13 hours ago
'I have zero recollection..': Deepika Padukone's 'happy weekend' boomerang can't be missed