Sonam Kapoor played the character of gusty lawyer Avni Sharma in the film Veere Di Wedding. Take a look at her pictures which remind us of her character Avni.

Veere Di Wedding was a film that was highly anticipated by fans. Though the movie received mixed reviews, the outfits donned by Kareena Kapoor Khan, Sonam Kapoor Ahuja, Swara Bhaskar, and Shikha Talsania were praised by fans and fashion enthusiasts. Designed by none other than designing duo, Abu Jani and Sandeep Khosla, the movie is an haute couture dream. The plot of the film revolved around the lives of four young women who are the best of friends.

They each have their style, which makes the movie all the more interesting for fashion lovers. Sonam Kapoor Ahuja played the role of Avni Sharma in the film. When it comes to her character, silhouettes and slicked-back ponytails define her put-together look in the film. Her polished character gave plenty of glamorous looks and inspiration to many. In fact, her styling closely resembled her personal fashion sense. Check out pictures when Sonam Kapoor's chic looks reminded us of Veere Di Wedding's Avni Sharma.

ALSO READ: Sonam Kapoor Is A Complete Diva And These Photoshoots Are Proof

A post shared by Sabyasachi Mukherjee (@sabyasachiofficial) on May 2, 2017 at 7:47pm PDT

The first picture is from the final scene of the film, in which Sonam is seen wearing a light green Mehajabeen lehenga by Abu Jani-Sandeep Khosla, featuring a sequinned net dupatta with a contrasting pink border. In the second picture, Sonam looks stunning in Sabyasachi Mukherjee's Udaipur collection. Her earrings and necklace are from Red Dot Jewels while the bangles and ring are from Amrapali. 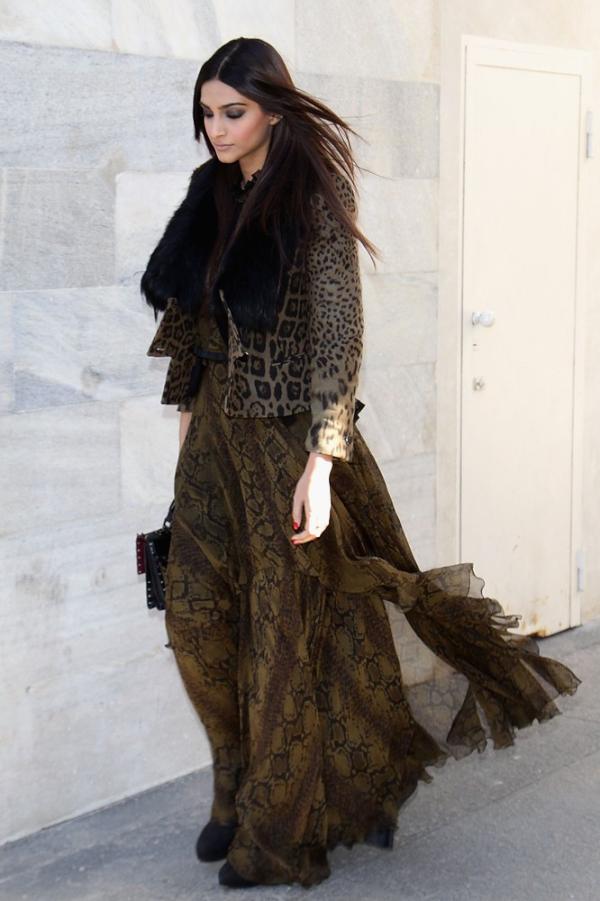 In the first picture which is a still from the song Tareefan, Sonam is seen wearing a black outfit with leopard printed coat. She is seen giving an intense look while posing with two men. In the second picture, Sonam Kapoor made a statement at the Roberto Cavalli runway show wearing an animal print outfit. Her outfit is edgy, dark, bold and strong. She completed her look with poker-straight hair, dark eyes and nude lips.

Sonam Kapoor in a black overcoat 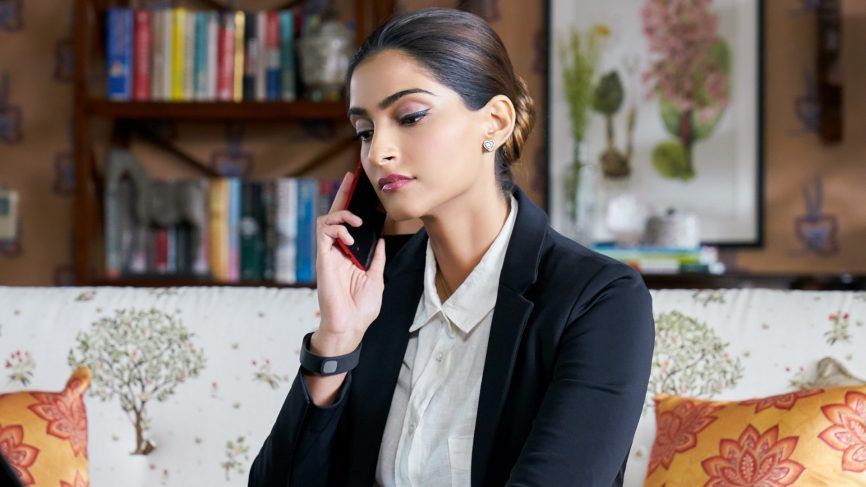 (Image Credit: Screengrab from the film)

In both the pictures, Sonam Kapoor is seen wearing a black overcoat. The first still is from the film, in which she is seen portraying her character of a gutsy lawyer Avni Sharma. In the other picture, she is seen wearing Dice Kayek suit at the 24 trailer launch.

ALSO READ: Sonam Kapoor And Rhea Kapoor Have The Most Heartfelt Message On Their Mother's Birthday