Sonam Kapoor is enjoying her family time during this quarantine by making and serving some scrumptious delicacies at her home. Check out her artsy food pics.

Following the 21-day lockdown period, many celebrities have been sharing how they are spending their day at home. They have been urging their fans to practice social distancing and self-isolation. Sonam Kapoor is one such celebrity who has been making people aware of the importance of staying at home, She has kept her fans entertained by uploading fun posts on her social media handles. Here is a sneak peek of some food pics that Sonam Kapoor has shared on her Instagram.

The Zoya Factor actor has been churning out some tasty meals for hubby Anand Ahuja as her fans can see from her Instagram stories. Both Sonam Kapoor and Anand Ahuja returned from London to take care of their family here. 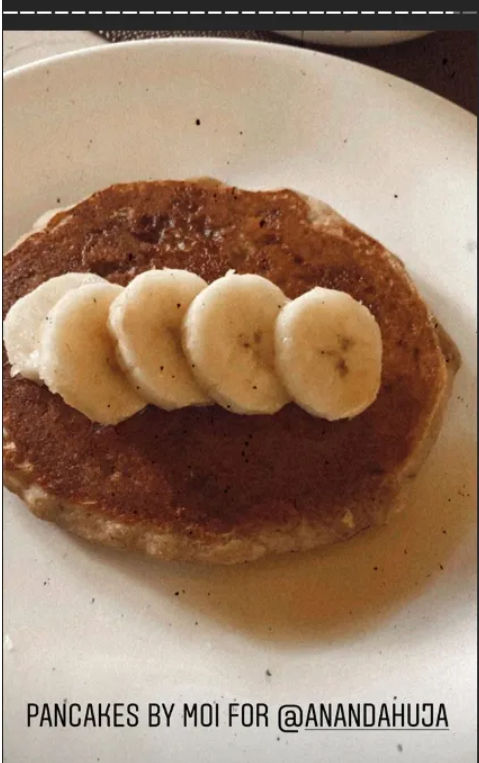 Sonam Kapoor prepared lunch for her whole family a day ago. She mentioned in her Instagram story the number of dishes that she had prepared for her family. She made pasta in marinara sauce, spaghetti Aglio olio, bruschetta, garlic bread, Swiss Chard with pine nuts, and baked tofu. Here is a picture from her Instagram story. 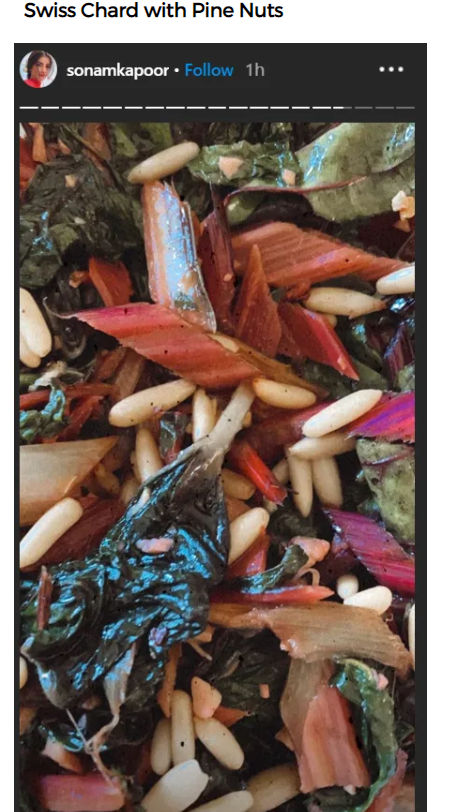 She mentions that the restaurant is her favourite Indian restaurant in London. One can see some yummy dal makhani, naan roti, palak paneer, raita, dal tadka and some curry arranged on a table. Take a look.

Sonam Kapoor posted a pic of dal chawal chaat on her Instagram handle in 2016 while she was in London. Even though it is a 'chaat' item, it seems to be healthy as it is made up of dal and rice. The twist to this staple dish of India was highly unexpected and this artsy form was loved by her followers.