Due to Coronavirus lockdown, Bollywood celebrities have turned to social media for keeping their fans entertained. Amid this, actor Sonam Kapoor celebrated her second wedding anniversary this week with her husband Anand Ahuja. Not only that, but Sonam Kapoor also reacted to the 'bois locker room' incident. Here is what all Sonam Kapoor was up to this week.

Also Read: Sonam Kapoor's Mother-in-law Is All Praise On Her 2nd Wedding Anniversary With Anand Ahuja

Sonam Kapoor recently shared some throwback pictures of herself. Every picture had a quirky caption. Her husband Anand Ahuja quickly started posting hilarious comments on her pictures. Here is a look at some of the pictures and what Anand Ahuja commented on them.

On the first picture, Anand Ahuja commented saying "falling off the couch at home like ... ðŸ˜‚âš¡ï¸ðŸ˜˜".

On the second picture, Anand Ajusa commented "SMH. But you’re in PJs (and kaftans) ALL the time!". The funny comment immediately captured everyone's attention. Check out the comments here. 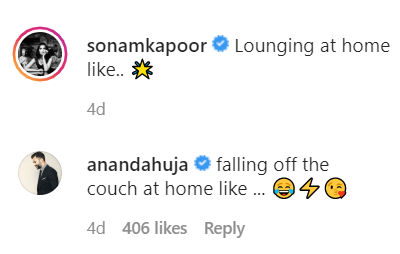 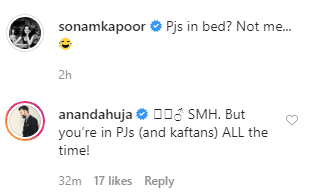 On the other hand, recently, Sonam Kapoor reacted to the bois locker room incident. Sonam Kapoor on her Instagram story shared a video of a girl who is sharing awareness about a group of schoolboys who were reading women. In the caption, Sonam Kapoor wrote "Who the **** are these gross boys? Name them, shame them and cancel them". Check out the picture here. Sonam Kapoor also went ahead to share another post on her Instagram story. It reads, “This reeks of entitlement and gross negligence on their parents' part. The parents are to be blamed for raising sons who don’t respect human beings and spoiling them. And boys you should be ashamed.” 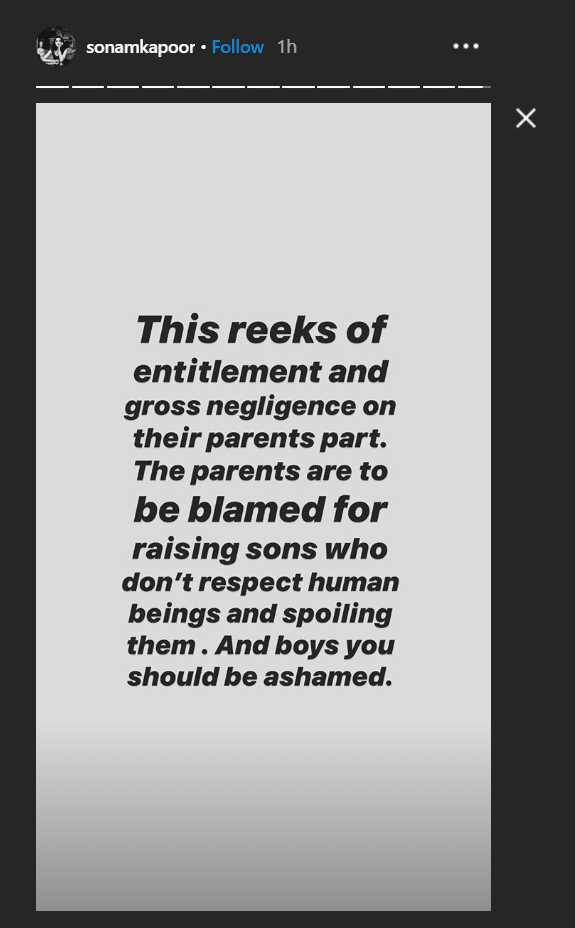 Also Read: This Day That Year: When Sonam Kapoor Tried To Drop 'Kaleera' On Janhvi Kapoor

PEOPLE HAVE PLEDGED SO FAR
LATEST NEWS
View all
1 hour ago
Deepika Padukone-Ranbir Kapoor starrer YJHD deleted scene a must watch
47 mins ago
Black Mirror quiz: How big of a Black Mirror nerd are you? Find out
32 mins ago
Anil Kapoor stresses on 'rest days' after 6 days of training & weightlifting
1 hour ago
Shraddha Kapoor inspired outfits for events that will help you make a style statement
44 mins ago
'Choked' fans reactions: Netizens are loving the latest Anurag Kashyap piece