Sonam Kapoor is one of the popular actors in Bollywood. She recently shared some gorgeous pictures of herself from her Cannes debut in 2011. Check them out.

Sonam Kapoor is one of the popular actors in Bollywood. She is known for her amazing fashion sense and is one of the fashionistas of Bollywood. The Khoobsurat actor is also a known face at the Cannes Film Festival and she has also managed to impress her fans with her beautiful looks at the film festival. Sonam recently took to her Instagram to share a throwback picture of her 2011 appearance at Cannes Film Festival.

In 2011, Sonam Kapoor made her Cannes debut, flooring one and all with her appearance and choice of wardrobe. The Neerja actor was a stunner in the Jean Paul Gaultier gown that she chose to wear for her Cannes debut in 2011. She received a lot of compliments for her look in the gorgeous white gown. She was also seen wearing makeup and the actor had tied her hair that complemented her overall look. One of her fan pages recently posted an image of the actor and Sonam shared the posts on her Instagram story a few hours ago. Check them out.

ALSO READ | Sonam Kapoor Reveals The 'Impossible Task' She Has To Do During Lockdown; See Pics 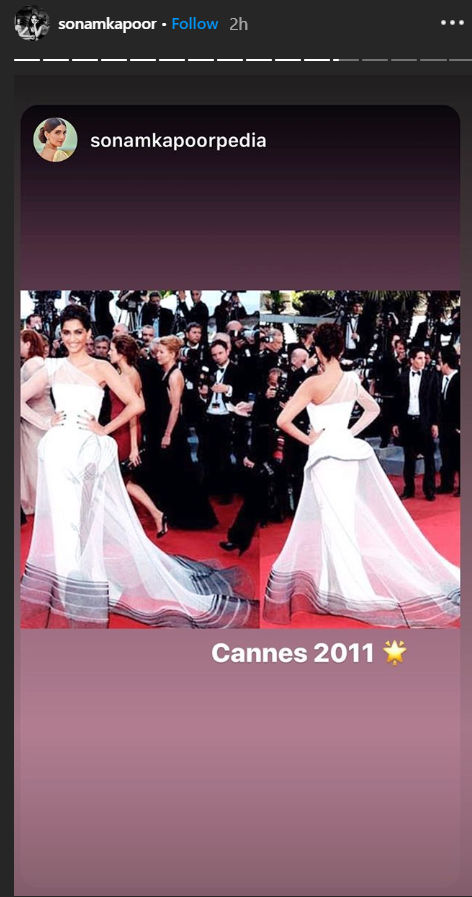 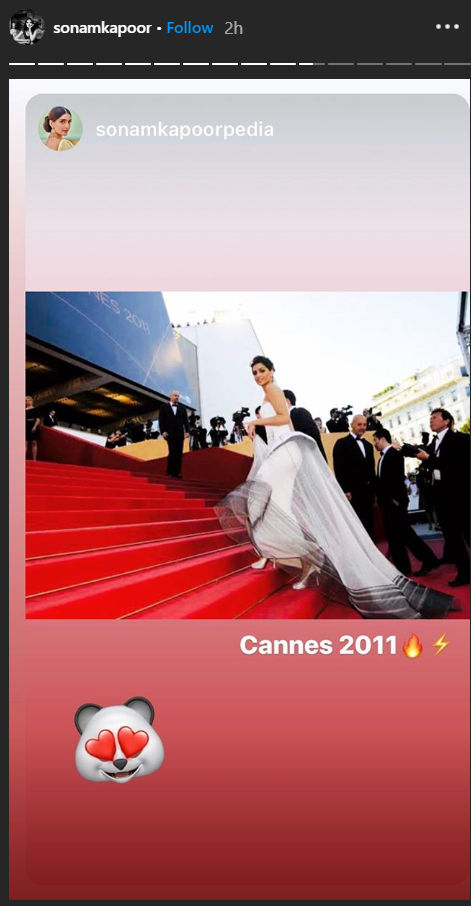 On the professional front, Sonam Kapoor was seen in two movies in 2019. The movies were The Zoya Factor and Ek Ladki Ko Dekha Toh Aisa Laga. Both of her romantic-comedy films failed to impress the audience. She was seen alongside Dulquer Salmaan in The Zoya Factor. Ek Ladki Ko Dekha Toh Aisa Laga and The Zoya Factor were directed by Shelly Chopra Dhar and Abhishek Sharma, respectively. As per reports, she will soon be teaming up with Sujoy Ghosh for an upcoming film. Sonam Kapoor's fans cannot wait to see her on-screen.

The actor is currently in Delhi with her husband Anand Ahuja. The couple recently celebrated their anniversary and had a quiet celebration by getting on a video call with near and dear ones. Amid the lockdown, the actor also keeps sharing many throwback pictures to entertain her followers. Check out a few of them from her Instagram.