Sonu Sood Hails 'The Legend Of Hanuman', Shares 'experience Of Watching The Series'

Starting from the powerful storytelling, to breathtaking visuals, the latest released animated series The Legend of Hanuman has been garnering immense response. 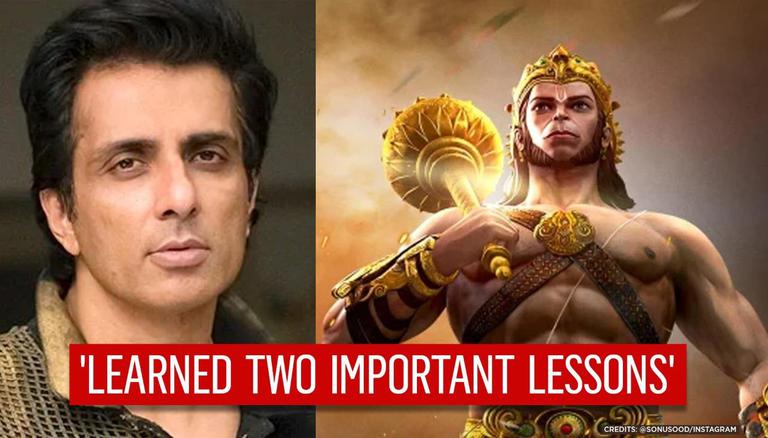 Starting from the powerful storytelling, to breathtaking visuals, the latest released animated series The Legend of Hanuman has been garnering a terrific response from the people. Actor Sonu Sood recently took to Twitter and shared a video while describing his love for the series. The actor was really excited to watch the show, spoke about the lessons he learned while watching, and also urged his fans to give it a watch along with their family members.

The philanthropist in the video said, “I saw this show called The Legend of Hanuman and I desperately wanted to record a video and share my experience of watching the series with my fans. We worship Lord Hanuman but have we ever given it a thought about his transformation from a warrior to God. There were two things that I learned from the show which were ways Hanuma Ji used to help others without keeping any expectations which was an important lesson for me. Secondly, one should never lose patience and should also be focused without deviating from the path.” Adding, he said, “In today’s time we actually worship him and take inspiration from him. I would like to urge all my fans to watch the show because the kind of animation used in the show is done by international artists. Do watch and send me your feedback about the show.”

Read: Sonu Sood Opens On Helping Migrants During Lockdown, Admits 'it Was Not An Easy Job'

The animated web series premiered on Disney + Hotstar VIP in seven Indian languages. For hundreds of years, Lord Hanuman’s tales of loyalty, strength, and devotion have been admired and loved by billions across the world. The show has been created by Sharad Devarajan, Jeevan J. Kang, and Charuvi P. Singhal. It has brought life all the unseen battles of Lord Hanuma with his dilemmas, self-doubt until he finds the power to become God. The spectacular tale of Hanuma has been brought to life through world-class visuals that are sure to impress the fans and create a unique visual experience for them. The show has been comprised of -episode that features an array of characters. Apart from Sonu Sood, actor Sidharth Shukla also shared a video on Instagram while sharing his love for the show. He captioned the video and wrote, “Hanuman Ji has always guided me through life but only after watching #TheLegendOfHanuman I realized I didn't know so many things about him. Like his journey from a warrior to god.”

Read: Sonu Sood Gets Relief From SC In Property Case, Puts Out Strong Statement On Twitter

Read: 'Got Many Offers': Sonu Sood Talks About The Impact Of Humanitarian Work On His Career