‘Sooryavanshi’ trailer launch: Actor Deepika Padukone took to the comments of Katrina Kaif's latest post to give her best wishes for her upcoming film. Look

Katrina Kaif took to her Instagram early in the morning on March 2, where she shared a picture of herself in an orange one-piece dress. She captioned the picture with a Blossom emoji. After this, the Chhapaak actress commented on Katrina Kaif’s post by writing “Good Luck!” with a red heart emoji. Take a look at the Deepika’s comment here: 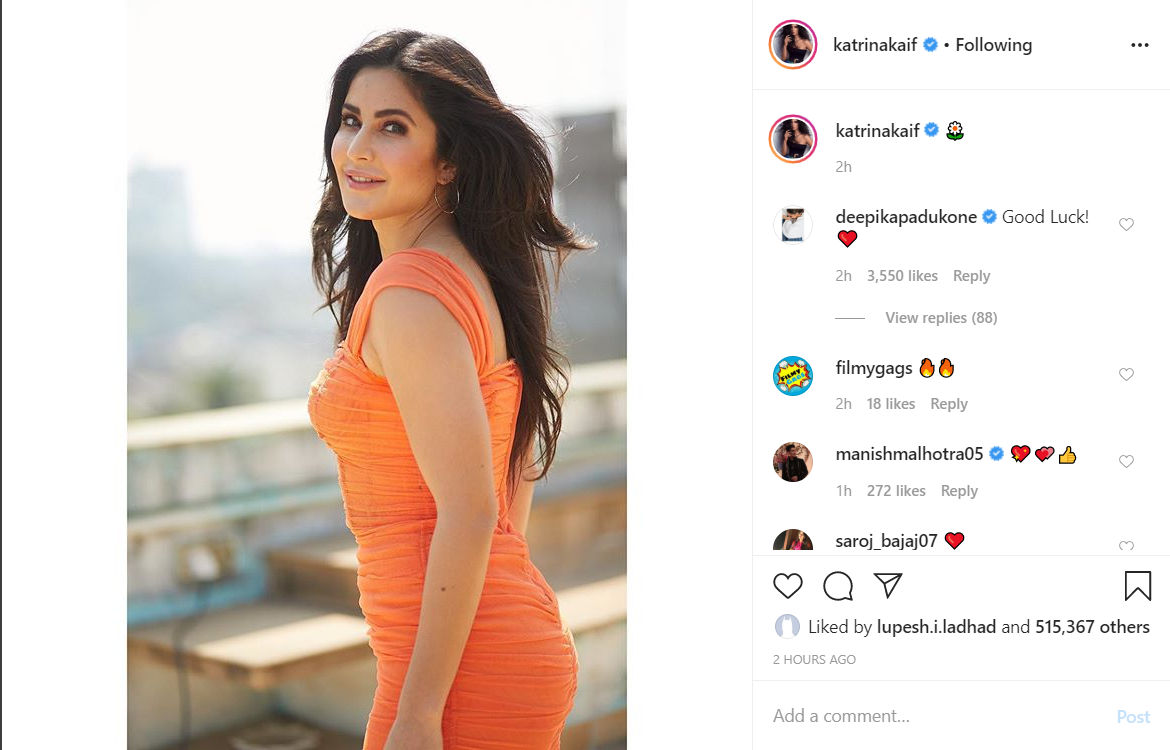 Read Also| Rohit Shetty's 'Sooryavanshi' To Be Rescued By Shivani Roy After 'Singham' And 'Simmba'?