Suniel Shetty took to Instagram to treat fans to an intense monochrome shoot taken from one of his photoshoots. Read further ahead to know more.

Suniel Shetty seemed to be in great physical form as he posted an image of himself faulting his well-toned physique. The actor posted the monochrome picture and fans loved the intense look in the image. Suniel Shetty in the caption mentioned that the photograph is a behind the scenes image, yet fans loved the look and wrote a number of comments reacting to the post uploaded by the actor.

In the picture uploaded to Instagram, Suniel Shetty can be seen posing for a brand as he stood in front of a plain background. He can be seen wearing a vest along with a pair of denim. The actor posted the image to Instagram and simply captioned it calling it a "Behind the scenes" shot.

A number of Suniel Shetty’s followers including his son Ahan seemed fairly impressed with the photograph as they commented on the post. Ahan himself added a few emojis of biceps to thus show that he was impressed with his father’s amazing physique.

The rest of the fans too seemed quite impressed with the long-haired and beard look of the actor and praised him in the comments section. Some followers even went further to label him as goals and called him an inspiration. Over the past couple of weeks, the actor has been posting a number of pictures from his photoshoots which have kept fans entertained.

From dapper suits to outdoor shoots, the actor has posted several images that have garnered love from the fans. Suniel Shetty occasionally also has posted a few throwback pictures of himself from his younger days. Fans have reminisced those memories and have enjoyed those posts by the actor as well. 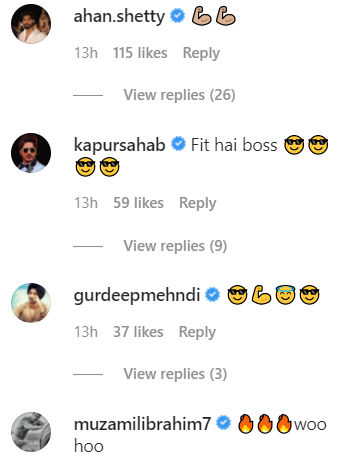 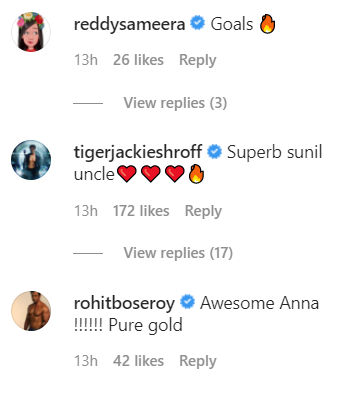