As Bobby Deol's popular web series, Aashram recently crossed the bar of 1 Billion views, his brother Sunny Deol sent love to him for the accomplishment. 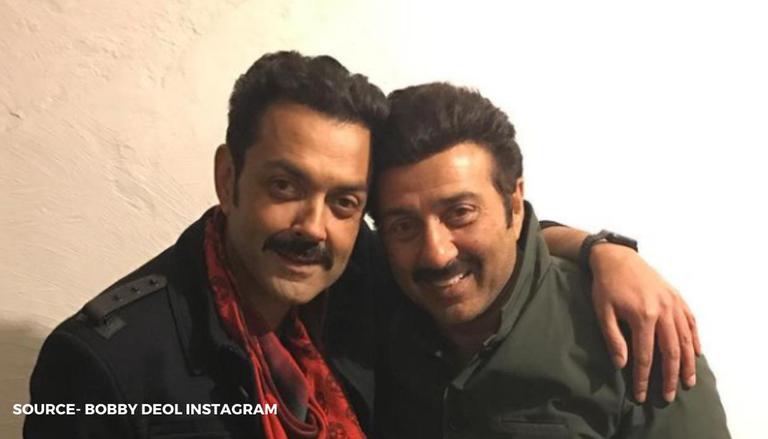 Bobby Deol has been receiving an enormous amount of love for his latest web series, Aashram. Recently, the ace actor also received love from his brother and prominent actor, Sunny Deol. Sunny sent love and wished his brother Bobby as his Aashram web series received more than 1 billion views streaming on MX Player Original.  Let’s have a look at how Sunny showed his love and excitement for his brother on receiving this amazing news.

Sunny took to his Instagram handle and shared this picture depicting Bobby Deol’s Aashram web series crossing 1 billion views on MX Player Original. As the actor was pretty thrilled to see this news, he posted this on his Instagram and wrote ‘Bobbyyyyyyyyyyy’ as he was too excited for his brother’s accomplishment. He also sent love to him on this happy occasion, to which Bobby Deol responded with a flying kiss in the comment section.

A while ago, Bobby shared a gratitude-filled post on Instagram for all the love received from his fans for his Aashram web series. He took to his Instagram handle and posted this picture with a caption stating how Aashram presented him with an opportunity to explore the unexplored. He added how he never knew that such a negative role would get him such a positive response. He then thanked his fans for all the love and appreciation.

Also Read Sunny Deol Has A Sweet Birthday Wish For 'Papa' Dharmendra As He Turns 85; Check Out

Being loved for its exceptional and thrilling crime drama, Aashram recently came up with its second season. The story of the series revolves around a con preacher named Baba Nirala who has a set of blind followers and he makes sure that his followers stay connected with his Aashram and showering wealth on him.

The cast of the web series consists of talented actors namely Bobby Deol, Darshan Kumar, Aaditi Pohankar, Tushar Pandey, Chandan Roy Sanyal, Anil Rastogi, Anupriya Goenka, Tridha Choudhary, Sachin Shroff, Vikram Kochhar, Adhyayan Suman, Anurita Jha and a few others. The web series has been written by Habib Faisal while directed by one of the prominent filmmakers in Bollywood named Prakash Jha. While its first season got released in August 2020, the second season was released recently in November on MX Player Original.

Also read What Is The Meaning Of Japnaam In 'Aashram' Web Series? All Details Inside