Sunny Leone recently took to Instagram to share an appreciation post for her body double. Read on to know about how she thanked him for his hard work.

Sunny Leone's fitness is often talked about as the actor works hard on her exercise regime to keep her body toned. She sometimes posts pictures and stories of herself working out as well. The actor recently took to Instagram and shared a gratitude post for her stunt double, Yasar Munir. Read on to know more about Sunny Leone's Instagram post for Yasar.

Sunny Leone is quite active on Instagram and recently posted a boomerang video and picture with her stunt double, Yasar Munir. The two of them can be seen wearing grey coloured athletic jumpsuits, and the boomerang video shows them punching in synchronization. The Ek Paheli Leela actor also had fake blood oozing out of her nose. Sunny took to the social media site to show her appreciation for Yasar. Her caption read, "This is my appreciation post —This talented young man has made me look so amazing doing the things that are too dangerous to do unless trained. Thank you so much @yasar_munir for your hard work! And the message you sent was beyond sweet. Takes a lot of strength to come to set put a wig on and play a female with confidence. So to all the HATERS how brave and confident are you to do something out of your comfort zone??? ðŸ…ðŸ…ðŸ…I’m proud of You Yasar!" You can see Sunny's post here.

Sunny Leone has quite a huge fan following of 42.3 million people on Instagram and her latest post received 206k likes within an hour of posting. Her fans and followers bombarded the comments section with hearts and fire emoticons for Sunny. Actor Sonali Seygal also commented saying, "This is so sweet! â¤ï¸". You can see some of the comments from her post here. 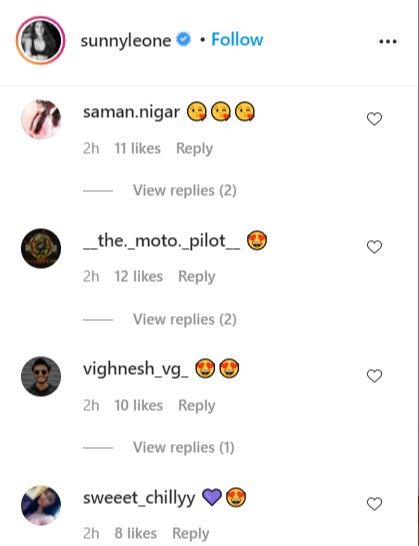 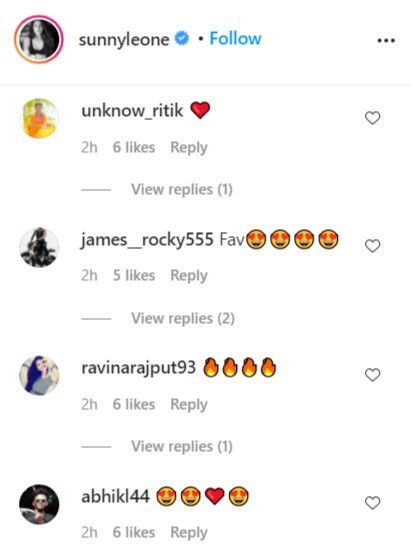 The actor has appeared on television quite a few times and her most memorable ones include her hosting the reality show, Splitsvilla with co-host Rannvijay Singha. The actor also appeared in the popular survival TV show, Man vs Wild, hosted by Bear Grylls. For the 2018 edition, she hosted the show in the Indian version, which garnered massive attention. Sunny Leone has also carved a niche for herself in the digital platform. She has been featured in a few web series including Karenjit Kaur – The Untold Story of Sunny Leone, Ragini MMS Returns Season 2, What the Love! and Bullets.