When Sushant Singh Rajput Was Engrossed In Solving A Complex Physics Equation; Watch

Sushant Singh Rajput is engrossed in solving a complex equation in an old video. Watch the video and read about the actor's passion for science.

An old video of late actor Sushant Singh Rajput has resurfaced online. In the video, viewers can see Sushant trying to solve a complex Physics-related question with a friend. Sushant seems very focused and is enjoying the hard task at hand. Take a look.

An old video of Sushant has resurfaced online, where he looks happy and content. In the video, viewers can see Sushant passionately trying to solve a complex equation. He is with a friend and they seem to be discussing the equation at hand. At one point, Sushant high-fives his friend.

Many people have responded to the video. They all seem amazed and commented many positive things on the post. Take a look at all the comments: 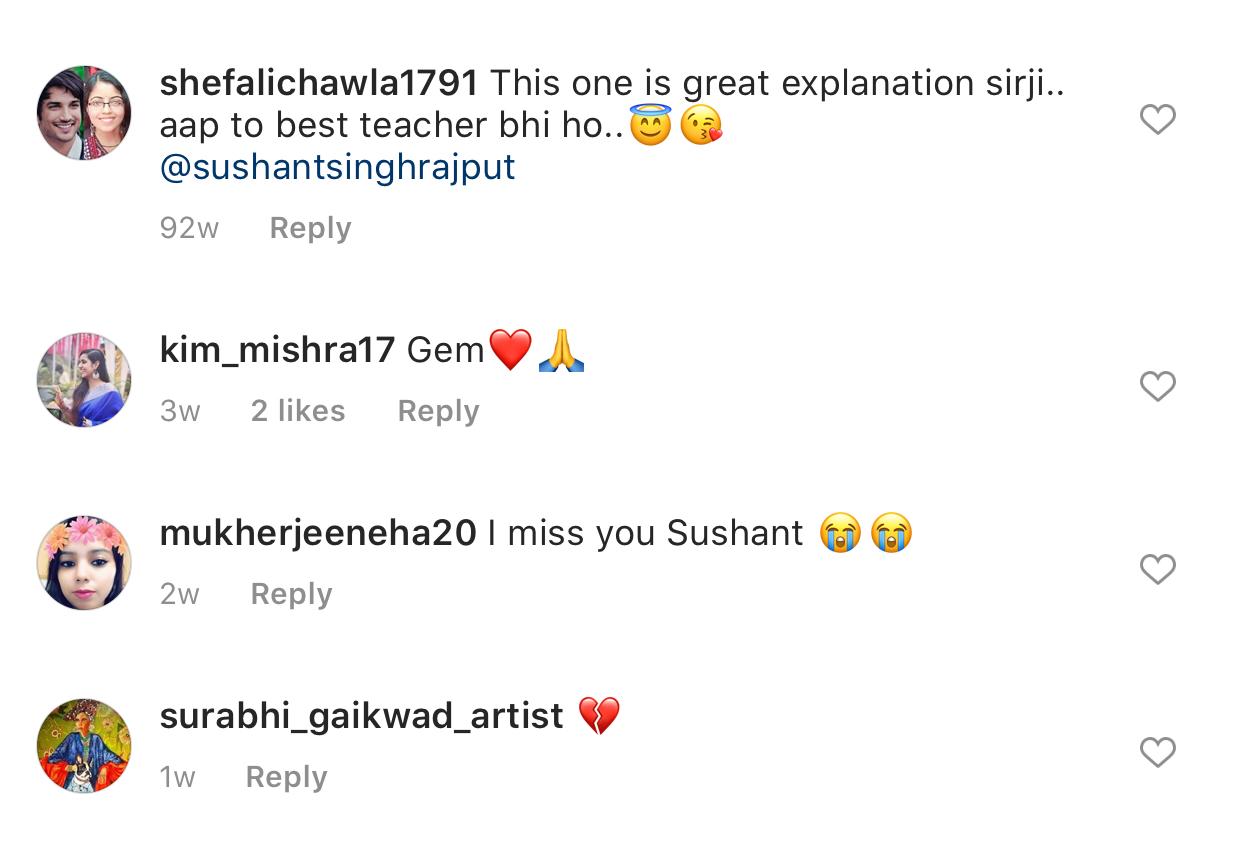 Sushant Singh Rajput's entire Instagram is filled with posts related to cosmos and its understandings. He was also someone who has very fascinated by space and astronomy.  Sushant Singh Rajput had previously uploaded a video on Instagram, where a man was heard explaining to the actor what is Apollo and how the hatch opens up leading the astronauts to the moon. The actor had captioned the picture - “The hatch that opens to the dreams, that which makes you week in the knees(at least 1/6 times:), and then even metaphorically, make you feel over the moon."  The actor by the sound of his voice seemed to have been bitten by the space bug. Check out the post:

Sushant Singh Rajput started his career with TV serials and then moved on to acting in films. He was famously known for his role in Pavitra Rishta for which he won many awards. He then went on to star in movies like Kai Po Che!, Shuddh Desi Romance, and many more. His most commendable work was in M.S. Dhoni: The Untold Story, where he played the lead role of the Indian team cricket captain M.S. Dhoni. His last film, Dil Bechara, is yet to be released and is a romantic drama.

LATEST NEWS
View all
15 mins ago
Chak De India cast: Where are the girls now and what are they up to?
43 mins ago
Priyanka Chopra finishes her memoir 'Unfinished', says 'cannot wait to share it with you'
1 hour ago
'Climate Warrior' Bhumi Pednekar says, ‘I believe in repeating clothes!’
1 hour ago
Did Rhea remove her company Rhealityx's website & Sushant's mailbox on ED questioning day?
33 mins ago
Jacqueline Fernandez's birthday: Remakes that the actor was a part of