Sushant Singh Rajput's 'Dil Bechara' title track was released on July 10, 2020, and fans of the late actor are showering it with hearts and praises. Read on.

Sushant Singh Rajput and Sanjana Sanghi starrer Dil Bechara is just around the corner and fans of the late actor are highly eager to see Rajput’s last film. The title track of the film has just been released minutes ago and has been garnering the attention of Bollywood fans. Read on to know more details about the whole story:

On July 10, 2020, the title track of Sushant Singh Rajput’s Dil Bechara has been released on the official YouTube channel of Sony Music India. Within 30 minutes of its release, the song went on to garner over 277 thousand likes on YouTube by the fans of the actor. It is captioned as “Spreading love one (dance) step at a time”. Fans of the late actor are flooding the comment section of the song with hearts and praises for the performance of the actor.

The song features Rajput at a college event, where he is performing a dance, while Sanjana Sanghi’s Kizie is seen in the audience. The actor is seen dancing in a highly energetic and charming manner. Whereas Kizie is seen getting annoyed by the attention Sushant Singh Rajput’s character is giving her during his dance performance in the song. Here is the official title track of the film:

Here is what fans of the late actor have to say:

Our Shishant in his last dance. Can not believe that we will not see u again. Love u forever Shushant. We will fight against the injustice done to u. #DilBecharaTitleTrack #WhyDelayInCBIForSushant #CBIForSonOfBihar 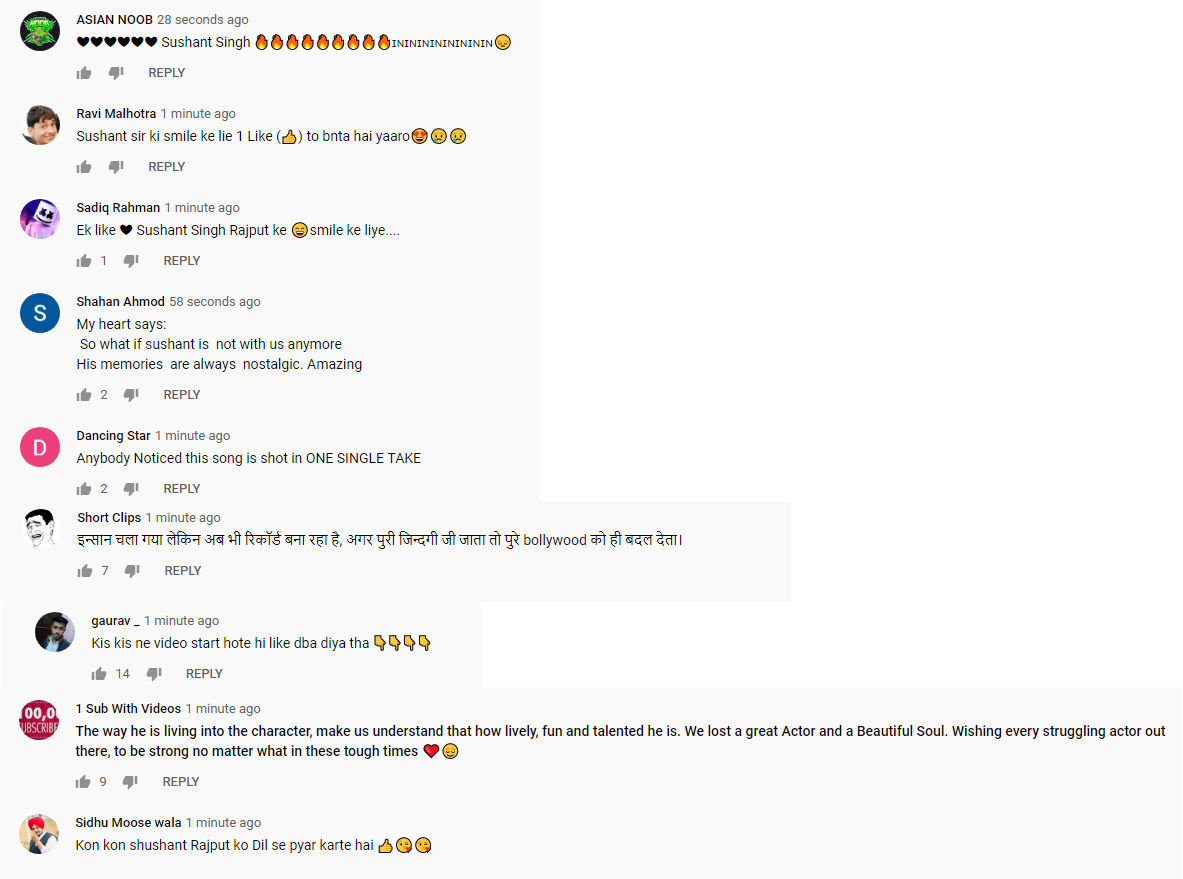 The film Dil Bechara is directed by Mukesh Chhabra and marks the Bollywood acting debut of Sanjana Sanghi. It will also feature Saif Ali Khan, Swastika Mukherjee, Milind Gunaji, and Javed Jaffrey in crucial roles. The film is an adaptation of a John Green novel titled The Fault in Our Stars. Due to the COVID-19 pandemic, the film has been postponed several times in India.

Now, it is all set to release on Disney+ Hotstar on July 24, 2020. The film has been in the headlines ever since the untimely death of actor Sushant Singh Rajput. Fans of the late actor are highly eager for the OTT release of the film. Here is the official trailer of Sushant Singh Rajput’s last film Dil Bechara:

ALSO READ |Govinda's Quiz: If You're A 90s Kid You Will Ace This Quiz