It’s been eight months since the death of Sushant Singh Rajput and his close ones have found it hard to come to terms with his untimely demise. Right from the mysterious circumstances of the death to alleged loopholes in the investigation, his family, friends and fans have shared their intense feelings for the late actor. His sister Shweta Singh Kirti’s message, asking him to ‘come back’ summed up the tough time that 'SSRians' faced.

Sharing a photo of Sushant Singh Rajput, where he displayed his bright smile, Shweta Singh Kirti asked him, ‘where have you gone baby?’ In an emotional message stating that she had not 'seen or heard him for eight months', she wrote, ‘please come back’.

Netizens became emotional upon seeing the message and shared how much they loved his smile, feelings of miss him and that there was not a daywhen they didn’t think of him. 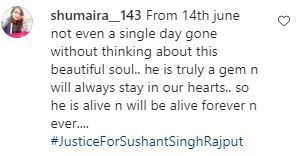 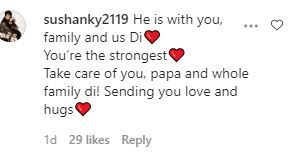 Shweta had been at the forefront of the movement, seeking ‘justice’ for Sushant, who was found dead at his Bandra residence on June 14. After alleging foul play, his fans sought that CBI takes over the case, in a movement that eventually succeeded. However, as the agency didn’t give any major update, fans continued their movement, hosting rallies, performing charitable activities and more.

Among the most recent was one on Sushant’s 35th birth anniversary. Shweta announced that a USD 35,000 fund was started in his memory,  which gave aspiring Astrophysics students a opportunity to study at UC Berkeley.

READ: Sushant's Friend Ganesh Alleges Threat; Writes 'they Hit Me With A Rod' In Letter To CBI