Taapsee Pannu Has Been A Part Of Some Short Films; Here's The List

Bollywood actor Taapsee Pannu's movies have always been critically acclaimed for essaying strong women-oriented roles. Her latest release Thappad saw her playing a headstrong role again. Apart from movies, she has also essayed some fierce roles in short films too. Here is a list of short films that star Taapsee Pannu.

Baarish Aur Chowmein is a 2018 short film helmed and bankrolled by Tigmanshu Dhulia. The plot of Baarish Aur Chowein revolves around the life of Siraj and Neelu. The short story portrays Siraj’s struggle of finding an apartment in Mumbai as many are not willing to rent their apartment to a Muslim person.

Baarish Aur Chowmein essays how Siraj hides his identity to find a home. He falls in love with his landlord’s daughter Neelu. The short film reveals how Siraj discloses his identity to Neelu. Apart from Taapsee Pannu, Baarish Aur Chowmein also features Amit Sadh and Tariq Naved Siddiqui in pivotal roles. Vidyut Jammwal is seen making a special appearance in the short film. 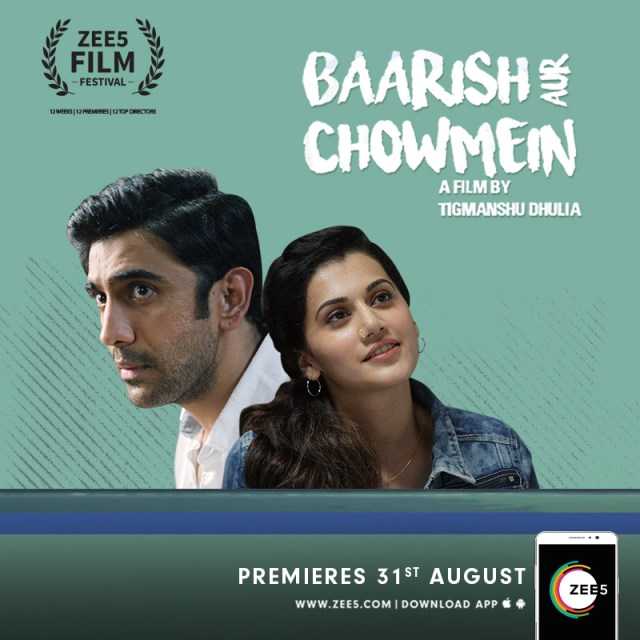 Nitishastra is a 2018 short film helmed by Kapil Verma. The plot of the film revolves around the life of Roshni who is a self-defence instructor. Roshni’s objective is to equip girls with self-defence training to protect themselves. Nitishastra further unveils that Roshni’s brother commits a crime which drastically changes her life. Nitishastra reveals what path Roshni follows to punish her brother. The short features Taapsee Pannu, Vicky Arora, Sukanya Dhanda and Aishwariya Sonar in significant roles.

Taapsee Pannu’s latest release Thappad plot revolves around the life of a normal woman who is appealing for divorce from her husband after getting slapped by him at a party. The movie theatrically released on February 28, 2020. As per reports, the movie is performing well at the box office.