Taapsee Pannu is currently shooting for her next, Haseen Dilruba. She recently shared a BTS photo from the sets of the movie on her Instagram handle. Read more

After starring in four highly acclaimed box office success last year namely Badla, Game Over, Saand Ki Aankh, and Mission Mangal, Taapsee Pannu is all set to hit 2020 with a bang as the Pink actor has a couple of upcoming projects in her kitty. She recently took to social media to share the poster of her upcoming mystery thriller titled Haseen Dilruba. Taapsee will be seen alongside the Chhapaak actor Vikram Massey in the film. Recently, Pannu took to her Instagram handle to share a BTS picture from the sets of Haseen Dilruba.

Taapsee Pannu's "Are you ready?" moment 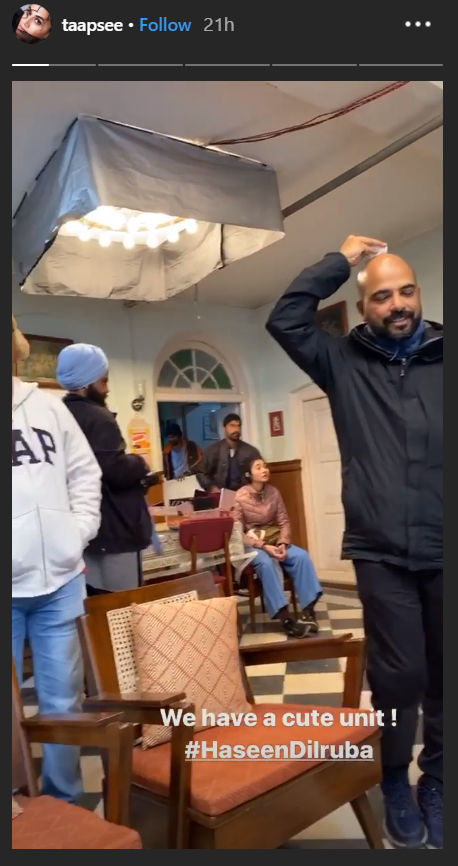 The shooting of Taapsee Pannu's upcoming film Haseen Dilruba, reportedly, went on floors from January 18, 2020, in Haridwar. Taapsee recently took to her Instagram story to share some BTS videos from the shoot of Haseen Dilruba wherein she is pulling her director's leg and could not get over her line producer's cute earmuffs. Apart from the BTS video on her Instagram story, Pannu also shared a portrait photo of hers from the sets of Haseen Dilruba clicked by a photographer named Tejinder Singh Khamkha.

Along with the picture, Taapsee also captioned the post writing, "That moment when I always ask myself... “are you ready ?”
#AMoment #AllSet".

Talking about Haseen Dilruba, the mystery thriller is helmed by Vinil Mathew while it is co-produced by Anand L. Rai and Himanshu Sharma under the banner Colour Yellow Productions. Apart from Taapsee and Vikrant, the film also stars Nishikant Kamat in a key role. It is scheduled to hit the silver screens on September 18, 2020.