Tahira Kashyap Khurrana revealed that she has submitted the manuscript of her upcoming book, 'The 12 Commandments of Being a Woman'. Read to know more details.

Tahira Kashyap Khurrana recently revealed that she has submitted the manuscript of her upcoming book titled as, The 12 Commandments of Being a Woman. She gave a sneak peek into her writing corner stating that it brings out “the outrageous” in her. The author announced the book in March 2020.

Tahira Kashyap Khurrana has been quite active on her social media handles. The author disclosed that she has completed and submitted the manuscript of The 12 Commandments of Being a Woman. Updating her followers on her project, she mentioned that she cannot contain her excitement of sharing “the crazy commandments of being a woman,” with the readers.

In the picture, Tahira seems all happy as she points out to the title of the book and her name below it, on a MacBook Pro. It will be published by Juggernaut Books.

A sneak peek into my writing corner! Submitted my manuscript ðŸ¤¸ðŸ½‍â™€ï¸ can’t contain my excitement of sharing the crazy commandments of being a woman! All I can say is this corner that I work from brings out the outrageous meðŸ™ˆ @juggernaut.in . #newbeginnings #writersdesk #readersnook #writersofig #womenforwomen #womenwriters #womenwritersofindia #drivingmondaybluesaway #the12commandmentsofbeingawoman

Also Read | Tahira Kashyap's Take On Her Latest Hairstyle Will Crack You Up; Check Out

Tahira Kashyap Khurrana's announcement of completing the manuscript of The 12 Commandments of Being a Woman, made many excited. Some left heart-eyes while others left clapping emoticons in the comment section. Several fans mentioned that they are “super excited” to get their hands on her upcoming book.

Tahira’s brother-in-law and actor Aparshakti Khurana left three red heart emojis on her post. Her sister-in-law and Aparshakti’s wife Aakriti Ahuja wrote that it will be an “amazing” book. Choreographer Mukti Mohan and many others also commented on Tahira Kashyap’s post. Check out a few reactions. 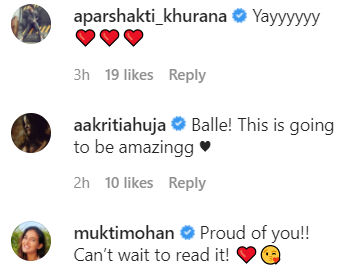 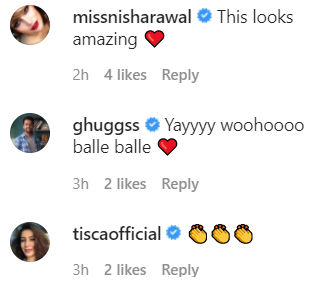 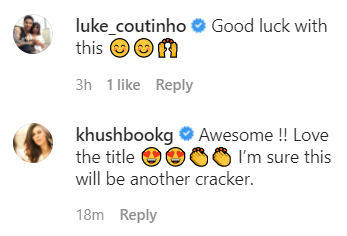 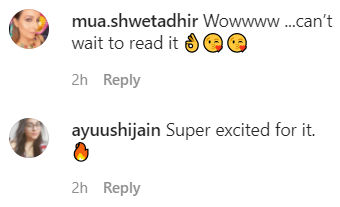 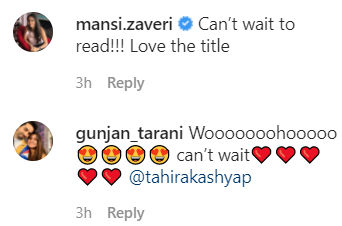 Tahira Kashyap Khurrana announces 'The 12 Commandments of Being a Woman'

On March 8, 2020, on the occasion of International Women’s Day, Tahira Kashyap Khurrana announced that she will be coming up with her new book. In a video, she mentioned that the book will answer the question of what it means to be a woman, a question which is thrown around easily. The book will be out later this year. Check out her announcement video below.

Super duper stoked to announce my latest book ‘The 12 Commandments Of Being A Woman’ Books have always fuelled not just my imagination but also observation. And I am glad to be associated with Juggernaut Books @juggernaut.in who are gracious enough to entertain my idiosyncratic way of looking at things. This book is special as I pretty much go unfiltered in this one. It’s a quirky take towards the experiences of being and becoming a woman, at least in my head. Wish me luckðŸ¤—â¤ï¸ #womanup #juggernaut #juggernautbooks #readingrecos #womensday2020 #womensday #womenauthors #womenswriting

Also Read | Tahira Kashyap Opens Up About Directing Ayushmann, Says She Needs To 'earn A Position'

Tahira Kashyap Khurrana, who is married to actor Ayushmann Khurrana, made her debut as a writer with I Promise in 2011. Her next novel was Souled Out. She also co-authored her husband Ayushmann in his biography Cracking the Code: My Journey in Bollywood. Now Tahira’s fans are pumped up for her next book, The 12 Commandments of Being a Woman.