Saif Ali Khan's movies are always entertaining. Let's see the similarities between his upcoming release 'Jawaani Jaaneman' and his past venture 'Cocktail'.

Saif Ali Khan is gearing up for the release of his upcoming movie Tanhaji: The Unsung Warrior with Ajay Devgn. The actor has already announced the poster and teaser of the project that will follow this one. The movie is Jawaani Jaaneman and it looks quite similar to one of his previous ventures Cocktail.

Things that Jawani Jaaneman and Cocktail's poster have in common

Saif Ali Khan has co-produced Jawaani Jaaneman with Jay Shewakramani and Jacky Bhagnani. Alaya Furniturewala will be making her Bollywood debut in this movie and will be portraying the role of Saif's daughter. The movie will also star Tabu in a pivotal role.

The poster of the movie is reminding fans of Saif's previous film Cocktail. Both the posters feature a younger version of Saif Ali Khan. One cannot help but find similarities between the two. The Jawaani Jaaneman poster shows him as a casanova or playboy much like his Cocktail persona.

It also features Saif holding multiple liquor bottles that may be indicating the character's soft corner towards alcoholism and excessive partying again like Gautam Kapoor, the character portrayed by him in Cocktail.

The other poster of Jawaani Jaaneman features Saif who is trying to hold on to his bathrobe while standing on a sofa, this is also a lot like his previous project. A better part of both the said films has been filmed abroad.

Apart from these, the entire feel of the teaser is like that of Cocktail. Though it is definitely too early to jump to any sorts of conclusions, one cannot just hold in the excitement because Cocktail was appreciated by fans and love to see Saif Ali Khan in that avatar again. The film is directed by Nitin Kakkar. 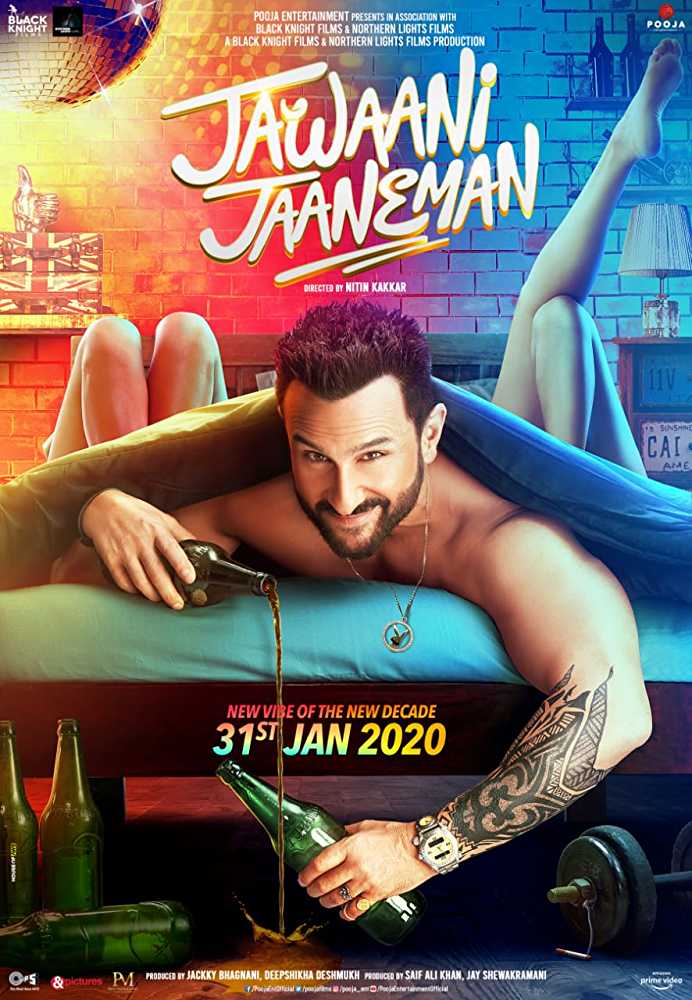 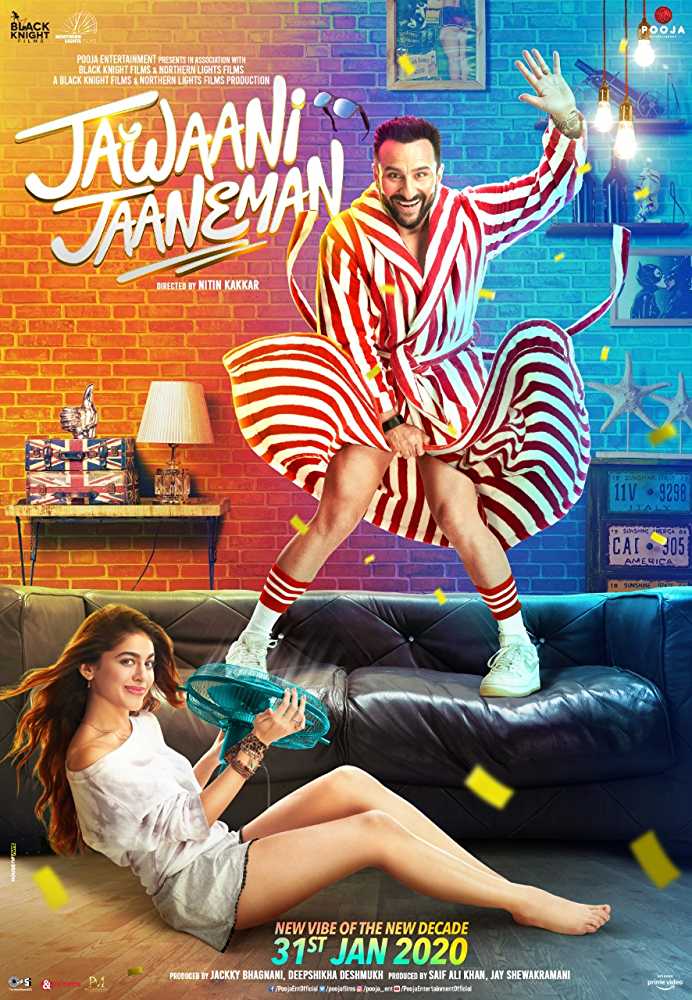 Saif Ali Khan has been able to entertain the audiences with the wide variety of roles he's been committing to lately. Be it Sacred Games, Kaalakaandi or Laal Kaptaan he has proved time and again that he is a versatile artist and performer. After Tanhaji: The Unsung Warrior and Jawaani Jaaneman Saif will star in the sequel of Bunty Aur Babli and also play a role in the official Hindi remake of Hollywood Movie The Fault In Our Stars

PEOPLE HAVE PLEDGED SO FAR
LATEST NEWS
View all
7 hours ago
Akshay Kumar leads 'atmanirbhar' India to step out and work, advises precautions; Watch
11 hours ago
Sunil Grover apologizes to 'Mother Nature' for past deeds, says 'will behave in future'
12 hours ago
Ranveer Singh's most memorable songs sung by Shail Hada
11 hours ago
Shaheen Bhatt and Alia Bhatt ace social distancing in the cutest way ever; see pic
10 hours ago
'Bored? What's that?' asks Milind Soman amid lockdown, says 'boredom is a choice we make'