Tiger Shroff is currently enjoying the success of his movie 'Baaghi 3'. Recently, the actor was seen posing for a happy picture with his little fans. See pic

Tiger Shroff is currently basking in the success of his movie Baaghi 3. The actor returned to the screen as Ronnie in Baaghi 3. He portrayed the same character in the previous two installments of the movie. Tiger Shroff is featured alongside Shraddha Kapoor and Riteish Deshmukh in the movie. Recently, Tiger Shroff was spotted making his little fans happy by clicking pictures with them.

In this adorable picture of Tiger Shroff with his two little fans, Tiger is seen holding a little girl on his shoulders while a little boy poses standing next to him. The two kids seem extremely happy meeting the Bollywood star. Tiger Shroff is seen wearing an all-black outfit with a basic black full-sleeve T-shirt and black bottoms. The two kids are adding more colours to the picture with their beautiful outfits.

It seems like Tiger Shroff has a huge fan following among kids as recently Tiger Shroff's mother also shared an adorable picture where he was seen posing with a kid fan. Tiger was seen holding him and posing for a good picture. 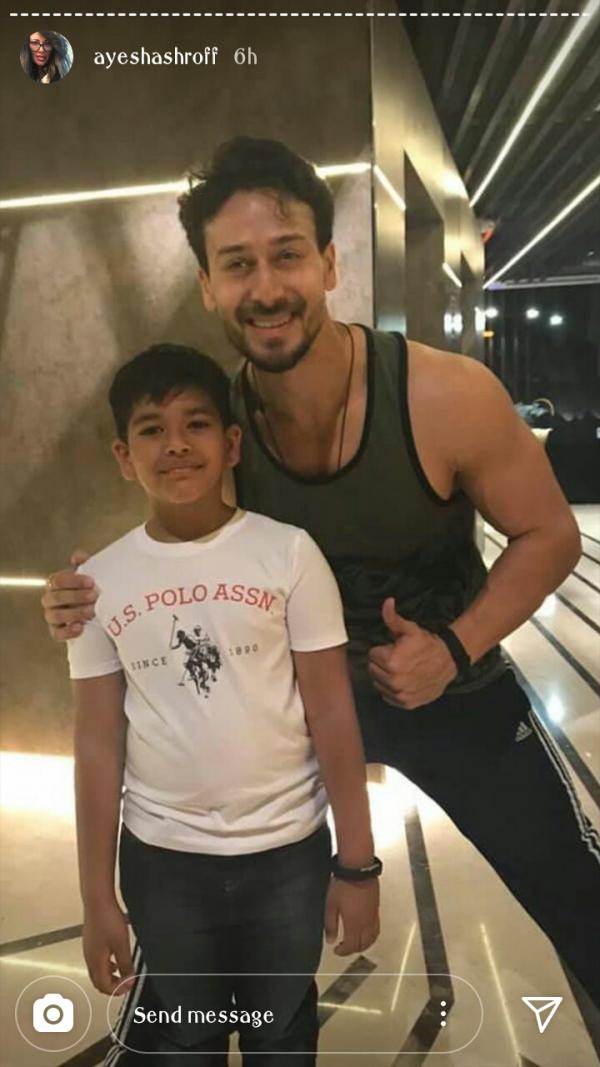 Baaghi 3 is an action thriller directed by Ahmed Khan. The film marked the return of Tiger Shroff in his third outing as Ronnie. Riteish Deshmukh is seen essaying the role of Tiger’s brother whereas Shraddha Kapoor is the leading lady of Baaghi 3. The story revolves around Ronnie, who stands up against the nation to rescue his brother. Baaghi 3 is produced by Nadiadwala Grandson Entertainment and Fox Star Studios.